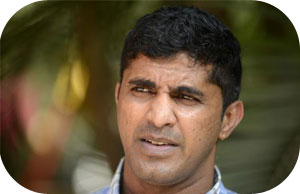 Jeeth Deviah is a former hockey player who played for Railways. He is now a professional fitness and conditioning expert who underwent a certification course conducted by Australian Strength and Conditioning Association (ASCA) in Sydney. Jeeth was involved with Delhi Daredevils for the 2010 IPL season (April to June) and with the Indian women’s hockey team from January 2011 to January 2012. He is only the second Indian to go through the grinds of strength sciences. As a Strength and Conditioning coach, his programme focuses on sports specific physical preparation, energy system development, end stage injury and pain rehabilitation, sport-specific strength training, testing, and weight loss management.