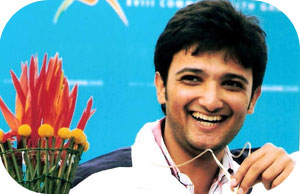 In his 13 years of competitive shooting, Ronak has won over a 150 national and state medals. He won a Gold at the Manchester Commonwealth Games in 2002 with a new games record and a Silver at the Doha Asian Games 2006. He was the Junior Asian Champion in all pistol events with an Asian record and also holds a South Asian Games record in the 10m air pistol. In 2003, Ronak was conferred the Shiv Chhatrapati Krida Puraskar by the Government of Maharashtra for his excellence in sports. He is married to ace shooter Heena Sidhu and is also her personal coach. Since 2008, Ronak has also been coaching other shooters and many of his students have made a mark at the national and international championships.