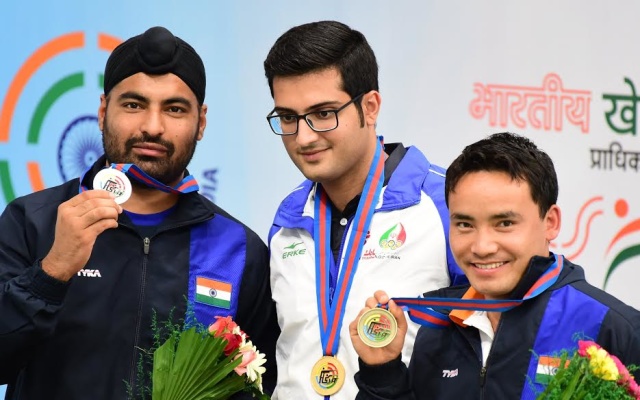 Iranian shooters seem to have come of age, and it can only spell trouble for the Indians. As if powerhouses China and Korea were not enough, the Indians now have to contend with the Iranians who seem to have taken the Asian Airgun Championship, currently underway at the Dr. Karni Singh Range, by storm.

A day after their successful outing in women’s 10m air rifle, the pistol shooters from Iran did their bit by notching up two individual gold medals on the third day of the competition.

No one in the crowd would have expected that Jitu Rai, the Army shooter, could lose the gold on his home ground. But a lesser known marksman from Iran, Sepehr Boroujeni Safari toppled the ace shooter to clinch gold in the men’s 10m air pistol on Tuesday.

Before this, Safari had won a gold in the junior category at the Asian Shooting Championship at Kuwait in 2011.

Safari has been trained by former India pistol coach Csaba Zyorik. The Hungarian, who has trained the likes of Heena Sidhu, Vijay Kumar, Samaresh Jung and Omkar Singh, too left the country like rifle coach Laszlo Szucsak, after a bad experience with Indian officialdom and started his stint with the Iranian pistol shooters.

Speaking to indianshoting.com, Jitu said, “I have never seen the shooter from Iran at any of the finals before, I don’t know from where he just came and stole the gold from us. He did surprise us with his performance in the finals today. Shooting is a mental sport and anything can happen. The thought of winning gold came in my mind today and I got distracted.”

The Indian men’s team, however, won gold with a score of 1734, while the silver was won by Kazakhstan with 1722. The bronze was won by Saudi Arabia with 1692.