The action rarely stops at indianshooting.com. In its latest online initiative scheduled from 29 April to 8 May, eight world-class shooters comprising the cream of the sport will vie for top honors in a competition titled “TOPGUN”.

The start list for this invite-only event, makes for an impressive reading as literally the who is who of rifle shooters will be seen in action.

Leading the way is 2016 Rio Olympic gold medallist Ginny Thrasher of USA. Her teammate and World No 3 Lucas Kozeniesky has also confirmed his participation, so have Austria’s celebrated duo of Martin Strempfl and Bernhard Pickl, Serbia’s Milenko Sebic, Shiri Sternberg of Israel and Spain’s Mireia Rosello.

There will be Indian interest as well with World No 13 Arjun Babuta completing the star line-up. The 22-year-old from Chandigarh has won three ISSF Junior World Cup bronze medals.

The 23-year-old Ginny made news in November last when she emerged from lockdown and won gold at the Hungarian Open despite seeing no action for almost nine months. The gold went a long way in her in her preparations and “TOPGUN” will be another opportunity to stay sharp.

Lucas, 25, has been in red-hot form of late, bagging gold at the ISSF World Cup in New Delhi last month. The gold was his third international competitions. He had also teamed up with Thrasher to win the team gold for US at the Hungarian Open.

The Austrian duo of Martin and Bernhard were prolific in the Online Shooting League (OSL) and International Online Shooting Championships (IOSC) to add to their already impressive resumes. Martin is an Olympic quota winner for his country while Bernhard bagged gold at the 2019 European Championships in Bologna in Men’s 300m Standard Rifle.

Serbia’s Milenko, who competed at the 2016 Rio Olympics, is another experienced shooter with a silver at the 2019 ISSF World Cup Final in Putian in Men’s 50m Three Positions.

Shiri was an integral part of the Israeli team that took part in OSL, quite like Spain’s Mireia.

Each day will witness two shooters in a ‘Race to 10’ face off, quite like the format followed in the OSL last year. Under this format, the shooter with the higher shot will win a point and the one who reaches 10 points first will be declared the winner. It will be a best of three matches so a shooter who wins two “Race to 10” matches, e.g., 2-0 or 2-1 will be declared the day’s winner.

Matches on all days will be streamed live on the Facebook and YouTube pages of indianshooting.com from 7:00 PM – India Time. 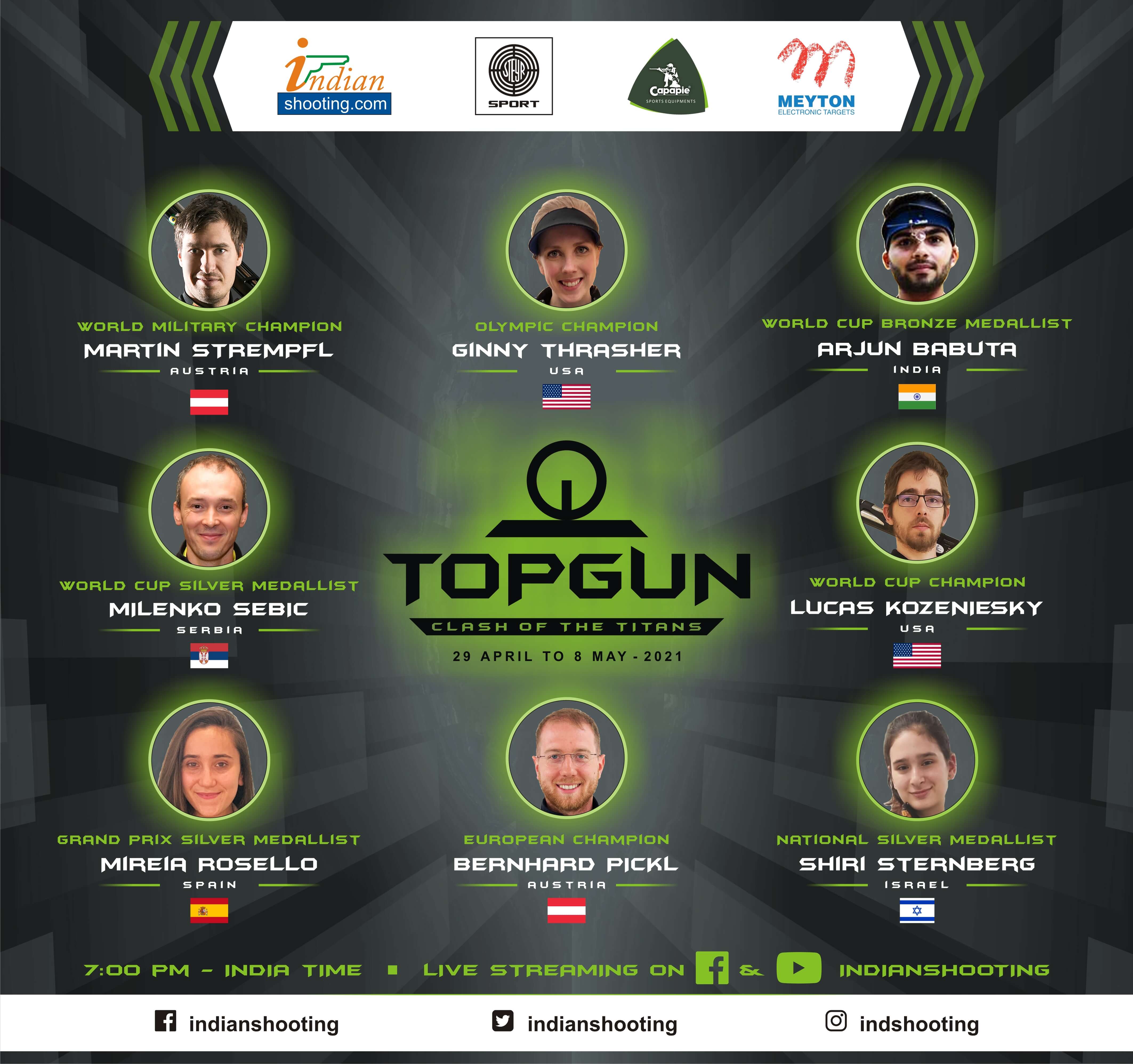