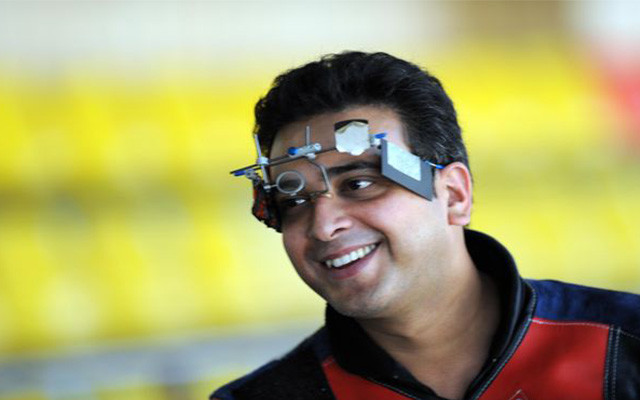 The year ends, and the winter chill brings along the festive frenzy. The Indian team for the Asian shooting championship (ASC) quietly leaves the country on 29th December, a frosty Delhi morning for Doha. I joined them from Kolakata two days later. The shotgun team arrived on the 2nd Jan. The 31st December was a quite and serene affair here, hence no celebration was witnessed by us. The whole contingent has been put up in Hotel Retaj Al Rayyan, a very posh hotel situated in a stones throw distance from Doha City Centre.

Doha, a picturesque gulf city of sky scrappers and architectural marvels, has also become a sporting hotspot in recent times, with the Asian Games conducted in a very successful manner and a just concluded the grand Arab Games. It has also been awarded FIFA World Cup to be held in 2022.

Coming back to Indian Contingent for ASC, we are happy to have an important camp before the competition which begins from the 10th January. It is worthy to mention that ASC is the last competition in which one can win a quota for London Olympics, and also the last decisive competition before the Indian team for 2012 London Olympics is announced in the later part of this month. I observed my teammates are in a very positive mood, and the training is going almost perfect according to individual plans.

General training starts at 9 AM for rifle and pistol shooters, and 10 AM for the shotgun shooters. It’s a half day session we are following as a strategy not to exhaust ourselves before the matches. With the new tested ammunition in their arsenal, we rifle shooters have a big reason to smile, and few of us are indeed shooting amazingly well. My apologies for the limited knowledge of pistol and shotgun events, but it’s evident from their bursting confidence and energy, that everybody is almost ready to pound on the competition ahead. But the lee side has to be considered too! The over-expectation in the last edition of the ASC witnessed some disastrous results, as no single quota was earned in that competition! Im sure history wont repeat itself this time, as we have learned from the history and mellowed well!

The weather here is better than it could be. Except a few gusts of wind which is sweeping away the bullets from their desired hitting points for the rifle shooters! But that’s what we are here to learn! Shooting in extreme conditions and acclimatization to the current situation is of utmost importance for every sport, and here we are—following a scientific program to reach our goals. WE ARE LUCKY!

The author is a member of the Indian team and World Cup silver medallist in 50m Rifle Prone.