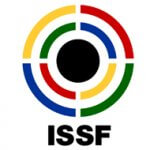 International Shooting Sport Federation (ISSF) rules and regulations have been updated for the next four years. The federation provides a summary of the approved changes to inform member federations, athletes and coaches.

The ISSF rules and regulations are revised every four years. The ISSF Administrative Council has now approved the 2017-2020 ISSF Rules that will be effective from 1 January 2017. Final preparations are being made to post and publish the entire rule book, but until that is possible, the ISSF would like to provide this summary of approved 2017 ISSF rules changes to inform member federation, shooters and coaches.

The process of reviewing, modifying and approving the new rules began in November 2015 when the ISSF Section Committees, Athletes Committee and Coaches Advisory Committee met to recommend rule changes. The ISSF Technical Committee then reviewed and coordinated their proposals. An Ad Hoc Rules Committee subsequently carried out the complex task of incorporating all of these proposals into rules drafts. A summary of rules changes was sent to the arms industry and the complete rules drafts were sent to all Executive Committee, Council and Committee members. Many comments were received that could be included in updated drafts. The Administrative Council approved the final drafts of the 2017 Rules when it met in Moscow on 30 June 2016.

When the Council approved the 2017 Rules, there were a few remaining rules issues to be worked out. Now that the 2016 Olympic Games are over, that process has continued and completely revised indexes are being prepared so that a final edition of the new rules can be released in December. Here is a summary regarding the approved rule changes for the next four-year Olympic cycle. Full details will be available when the complete rulebook is released.

10m and 50m Single Position Events. The two 3-shot series at the beginning of each Final were increased to 5-shot series to be fired in 250 seconds (150 seconds for 50m Rifle Prone). These Finals will now consist of 24 shots.

25m Pistol Women. This Final is changed to a progressive elimination Final that is very similar to the very successful 25m Rapid Fire Pistol Men Final. In the new format, eight finalists will shoot four 5-shot series. After the fourth series, the 8th place athlete will be eliminated. Eliminations will continue until the gold and silver medals are decided after the tenth series.

Results, Timing and Scoring (RTS). The term “classification” has been changed to “results, timing and scoring” to bring Shooting terminology in line with terms used to describe these procedures in other Olympic sports.

Paper Target Rules: All rules pertaining specifically to paper targets were removed from the main body of the General Technical Rules and were compiled into a separate annex titled “Rules for Paper Target Scoring.” This will eliminate some of the confusion caused when judges tried to apply the wrong scoring rules.

Paperless (Sustainable) Competitions. Organizing Committees will have the option of using paperless, electronic systems to distribute start lists, results lists and information bulletins if wireless Internet connections are generally available on the shooting venue so that officials, coaches and athletes can view these documents on their handheld communication devices.

Disqualification: If an athlete is disqualified during any phase of an event (Qualification or Final), the athlete’s scores for all phases of the event must be deleted.

Definition of Loading: The new rules clarify that “a gun is considered loaded when a cartridge or pellet or a magazine with cartridges contacts a gun.” Loading may only be done after the command “LOAD.”

Finals Production and Music: The use of music and commentary in Finals is now required. Music should also be used during Elimination and Qualification competitions if possible.

Mobile Phones: Athletes may not use mobile phones or hand-held or wrist-worn communication devices on their firing points or shooting stations.

Corrective Lenses in Rifle Sights. Rifle athletes will be allowed to place a single corrective lens in or on their rear sights.

50m Rifle Specifications. No part of the butt-stock between the butt plate and pistol grip may be more than 140 mm below the centerline of the bore. Any devices projecting downward or outward from the butt-stock are prohibited.

Rifle Weights. Weights attached to any part of the rifle except the barrel “must be within the fundamental shape of the stock” (weights cannot protrude out from the stock). Tape cannot be used to attach weights.

Rifle Bipods. Rifle bipods may not remain on rifles during firing times.

Pistol Support Stands. Pistol athletes will be permitted to use adjustable “pistol support stands” on their tables or benches during training and competitions (Qualification and Finals) provided the total height of the table and support stand does not exceed 1.00 m (see illustration).

Shotgun Ammunition. The use of colored wads is prohibited. Only transparent or translucent wads may be used. Strict enforcement of maximum shot charge limits (24.0 g +0.5 g tolerance) will continue.

Shotgun Ported Interchangeable Chokes. Compensators or similar devices are prohibited, except that “ported interchangeable chokes” not exceeding 20 cm in length, as measured from the muzzle end of the choke, are permitted in all Shotgun events.

Shotgun Butt Stocks. The lowest point of the butt stock or toe of the butt plate may not be more than 170 mm below a horizontal line extending from the bottom of the shotgun action.

Shotgun Vest Marker Tapes. The method of checking marker tape locations has changed and now will use a horizontal laser beam to locate the point of the elbow in relation to the tape.