The 15-year-old Pratyush, who trains at the Topgun Shooting Academy under the personal guidance of former India shooter Shimon Sharif, shot an impressive score of 618.6 to claim the yellow metal with a clear margin of 5.5 points.

Over 300 shooters from 67 schools had participated in the two-day competition.

Pratyush started shooting last year and is a student of class 10th at the Laxman Public School. 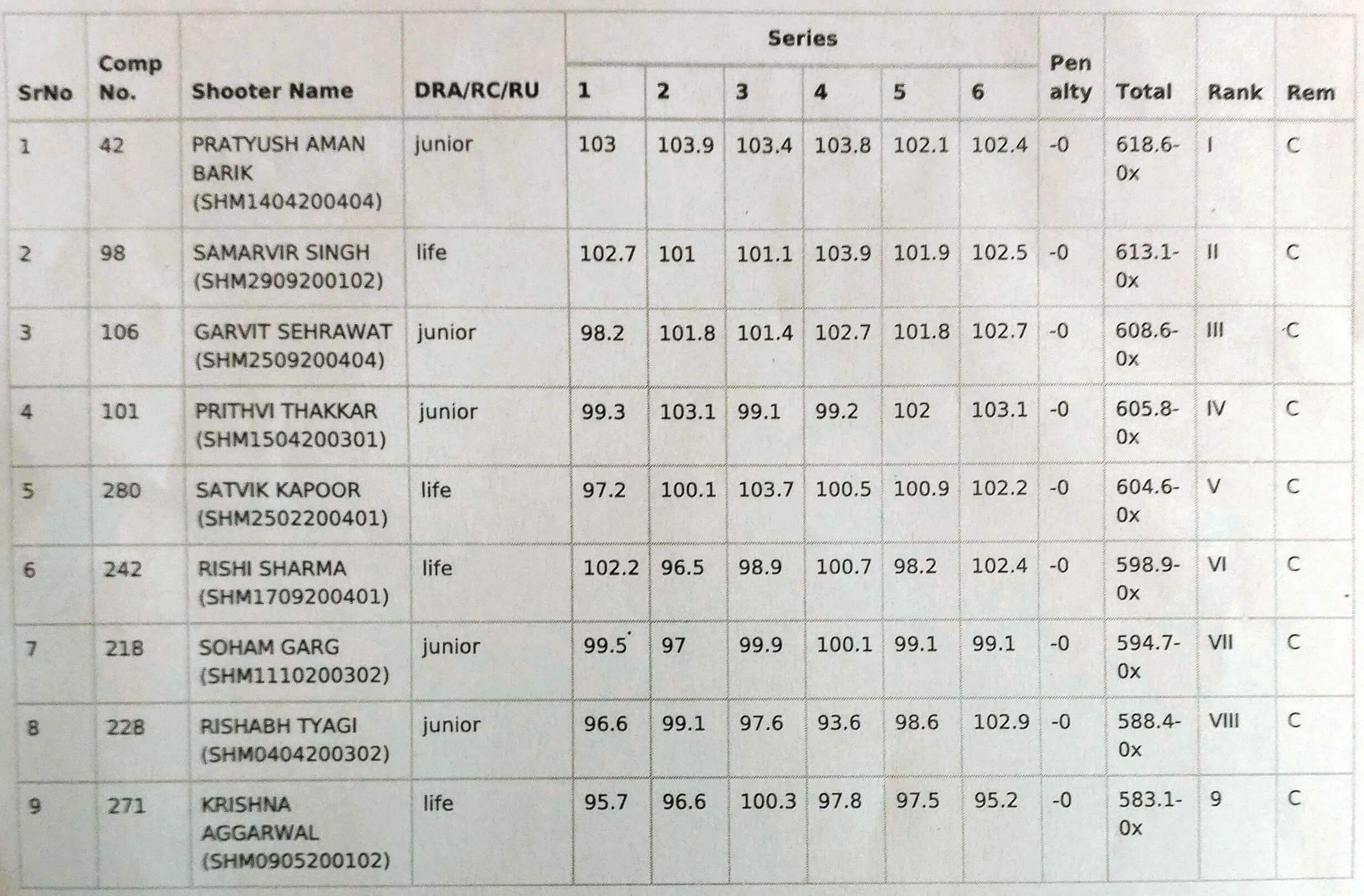