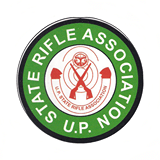 Uttar Pradesh State Rifle Association (UPSRA) has announced their mission to produce Olympic medal winning shooters. Speaking to indianshooting.com, the president of UPSRA, Shyam Singh Yadav said, “The blue print of the UPSRA Mission Olympics is ready and a formal announcement of the same will be made very soon. We have been producing Olympic level shooters over the years and as a result shooting is now a very popular sport in Uttar Pradesh.”

Jitu Rai and Mairaj Khan who are from Uttar Pradesh were a part of the 12-member Indian shooting squad at the just concluded Rio Olympics. Both the shooters did very well and came close to winning a medal at Rio. Jitu made it to the finals of the men’s air pistol while Mairaj narrowly missed the cut for men’s skeet finals after a tense shoot-off.

“A record breaking number of over 2000 shooters have registered for the state championship this year. This shows the growing popularity of the sport in the state. We follow a very systematic approach to identify and nurture talent at the grass root level. We are also coming up with a program for our aspiring shooters” added Yadav.

The state championship will be held in all rifle, pistol and shotgun events over the next five days at the Dr. Karni Singh Shooting Range in New Delhi.