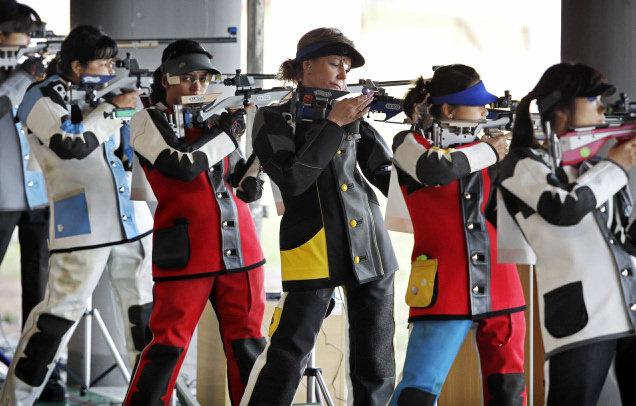 Two Olympic medallists along with nine Olympic quota winners are a part of the strong Indian contingent who have landed in Doha for the 12th Asian Shooting Championship.

The Indian team were among the early birds to arrive for the crucial tournament that starts tomorrow and have put in some useful practice at the Lusail International Shooting Circuit since the past one week.

With few more quota places for the 2012 London Olympics up for grabs, Indian team looks confident of doing well.

The team has already had a good training session in the past one week. Rifle, pistol and shotgun shooters have all put in some quality time and on Thursday have optional training.

The presence of our top shooters would boost the morale of the rest. Indians would like to claim the remaining quotas but it will not be that easy. Shooters need to stay focussed and be calm. Too much expectation can sometimes add to the pressure. The Indian team had failed to pocket any quota from the 2008 edition ahead of the 2008 Beijing Olympics last time round. But these are the things of the past and the team looks forward. The Indian team has done good training and if our shooters perform to their full potential, we don’t see a reason why we cannot claim a few more quotas.

More than the Chinese counterparts, who have already bagged 21 quotas and will be eyeing just a couple more, what will be testing the shooters is the gusty desert wind and one can expect low scores in most of the events. In the shotgun event, it will be uniform for everyone but in the 50m it can vary. It will depend on which lane you are placed. At times, it can be too cold out there but the team managed to get some good practice to get acclimatised to the conditions.