Earlier in the qualifications, both the shooters shot a score of 63 to make the cut for the finals.

The third Indian in the event, Aakriti Khapra shot 57 to finish 9th.

Italy’s Fiammatta Rossi won the gold while her compatriot, who is a junior silver medallist at the 2014 World Shooting Championship, Valeria Raffaelli won the silver. Ekaterina Subbotina of Russia took the bronze. 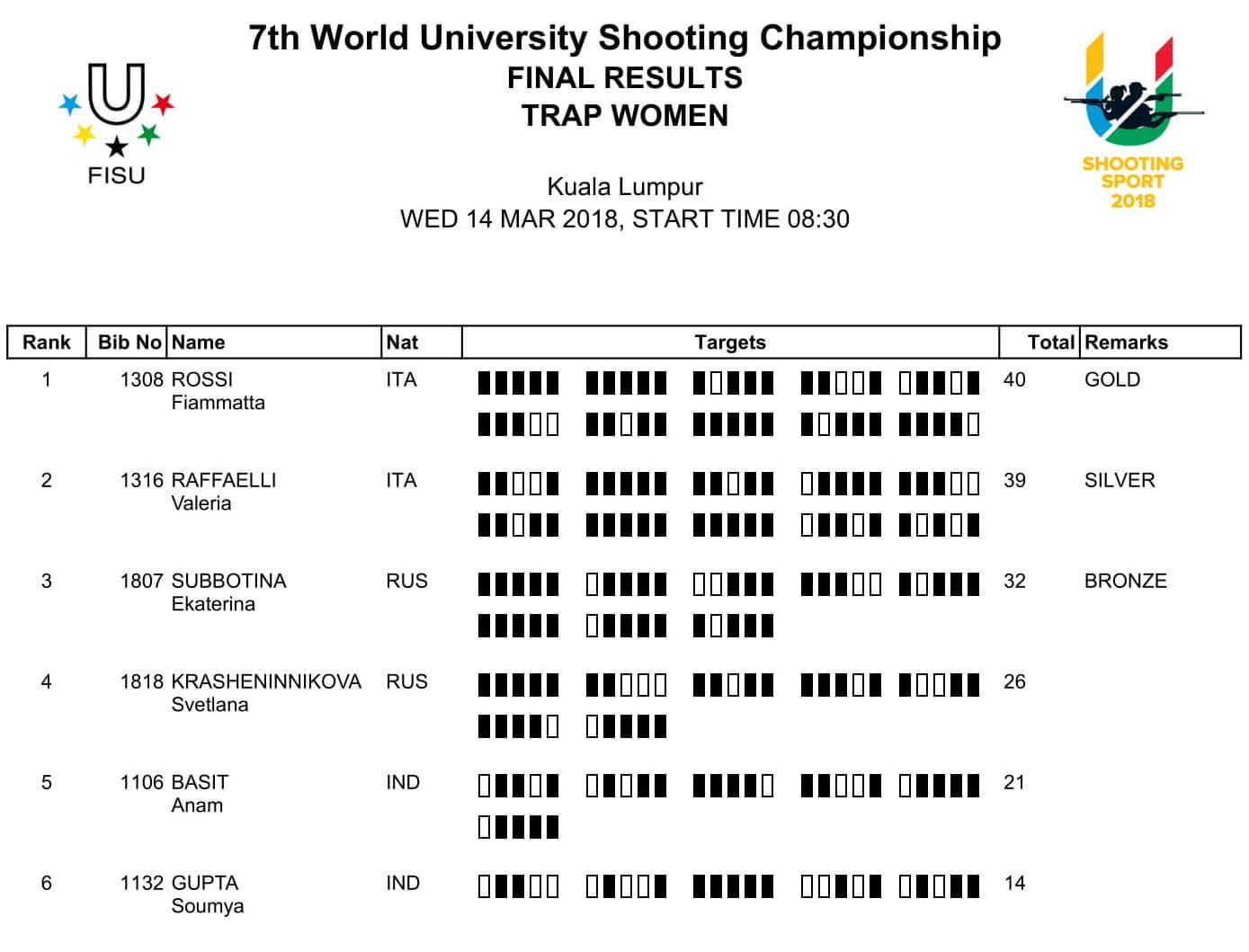