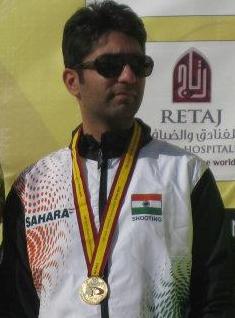 Bindra got Rs 4 lakh for winning the individual gold and Rs 1.33 lakh for the team silver. Bindra defeated rival Zhu Qinan, Athens Olympic champion, to win the individual gold. For Bindra, the gold in the Qatari capital was the first in any Asian level competition.

The team of Bindra, Gagan Narang and Satyendra Singh won the team silver. Narang, who finished fourth in the final round, and Satyendra will also get Rs 1.33 lakh each. indianshooting.com