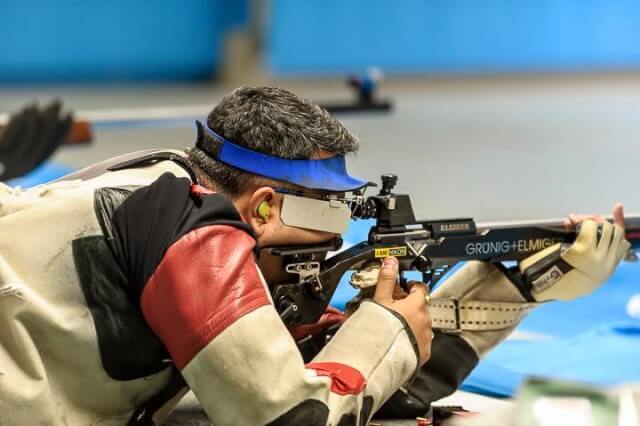 Gagan Narang in action during the ISSF World Cup Final

In the final round, Gagan shot 81.9 with two shots on 9.9 and 9.6 which was not good enough to progress further in the finals.

Felt good to be the only Asian in the World Cup Final but not to good to finish 8 th . Working harder some good results

Gagan had also made the final of the World championship in the event last year in Granada, Spain, where he finished sixth.

Michael McPhail of the United States, who won the gold in two World Cups this season, edged out Kirill Grigoryan of Russia, gold-medal winner in the last World Cup, by one point to clinch the title. It was the second World Cup Final medal for Mcphail, following his silver in 2009. Interestingly, he the American had won the 300-metre big bore bronze in the previous World championship.

In Men’s 50m Free Pistol, China’s Zhang Bowen, who had won the gold and silver in the ISSF World Cups this year, proved his class with a 3.3-point victory over Xuan Vinh Hoang of Vietnam. The latter was fourth in the London Olympics and the last World championship in Granada.