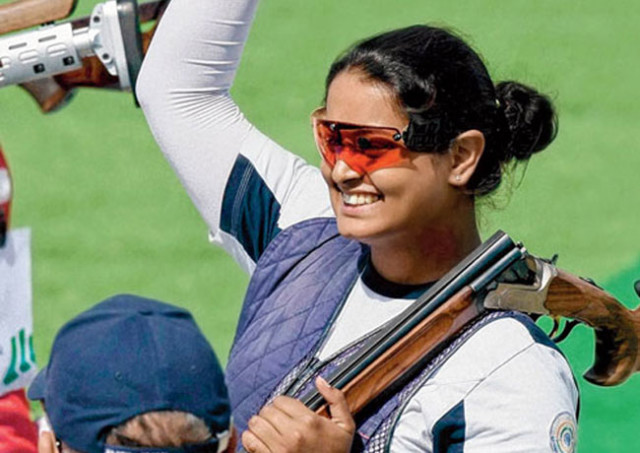 Shreyasi Singh and Ankur Mittal won the Women’s and Men’s Double Trap titles repectively in the National Shotgun Championship in Patiala on Friday.

Quite remarkably, the 17-year-old Jaisal had pulled ahead of the experienced Mohd. Asab and Sangram Dahiya for the gold medal match by winning the shoot-off, after being tied on 26 with them, in the semifinals.

In the junior final, Jaisal Singh was tied on 28 with Priyanshu Pandey, but eventually won the shoot-off for the gold 6-4.

Earlier, Shreyasi Singh won the women’s double trap gold with a score of 88, on Thursday.

The men’s and junior men’s finals had to be rescheduled for Friday owing to fading light.

Shreyasi, who had won the silver medal in the Commonwealth Games in Glasgow, beat Shalini Yashwant and Olympian Shagun Chowdhary by six points.

Shalini won the silver ahead of Shagun, who had finished eighth in the Incheon Asian Games with a national record score of 96, by winning the shoot-off.

She also won the junior gold, 12 points ahead of N.S. Nivetha.