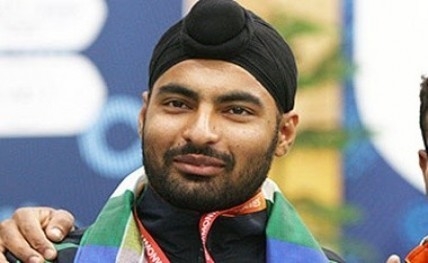 Gurpreet Singh shot 573 to win the gold in the Men’s 25m Standard Pistol at the 59th National Shooting Championship at the Dr. Karni Singh Range, New Delhi, on Thursday.

The rapid fire specialist who has won the Olympic quota place in air pistol, the 27-year-old Gurpreet had 195 in the 150-second series and 189 each in the 20-second and 10-second series.

Mahaveer and Harpreet shot 47 in the shoot-off while Yogesh lost out with a 46. In the subsequent shoot-off, Mahaveer pipped Harpreet, another rapid fire expert, 46-43, to take the silver.

The rapid fire pistol silver medallist, Neeraj Kumar was placed fifth, while Samaresh Jung (565), Ronak Pandit (563) and Omkar Singh (563) placed seventh, ninth and 11th respectively, among the other leading shooters in the event.