Sports Minister Kiren Rijiju on Friday lauded the Indian shooters for their unprecedented medal haul at the recently-concluded World Cup in Rio de Janeiro and hoped they would carry the stupendous form into next year’s Tokyo Olympics as well.

The Indian shooting team returned to the country on Thursday after claiming nine medals, including five gold.

“The number of medals that our shooting team has won is commendable and I congratulate the entire team for the outstanding performance,” Rijiju told reporters after meeting the team here. 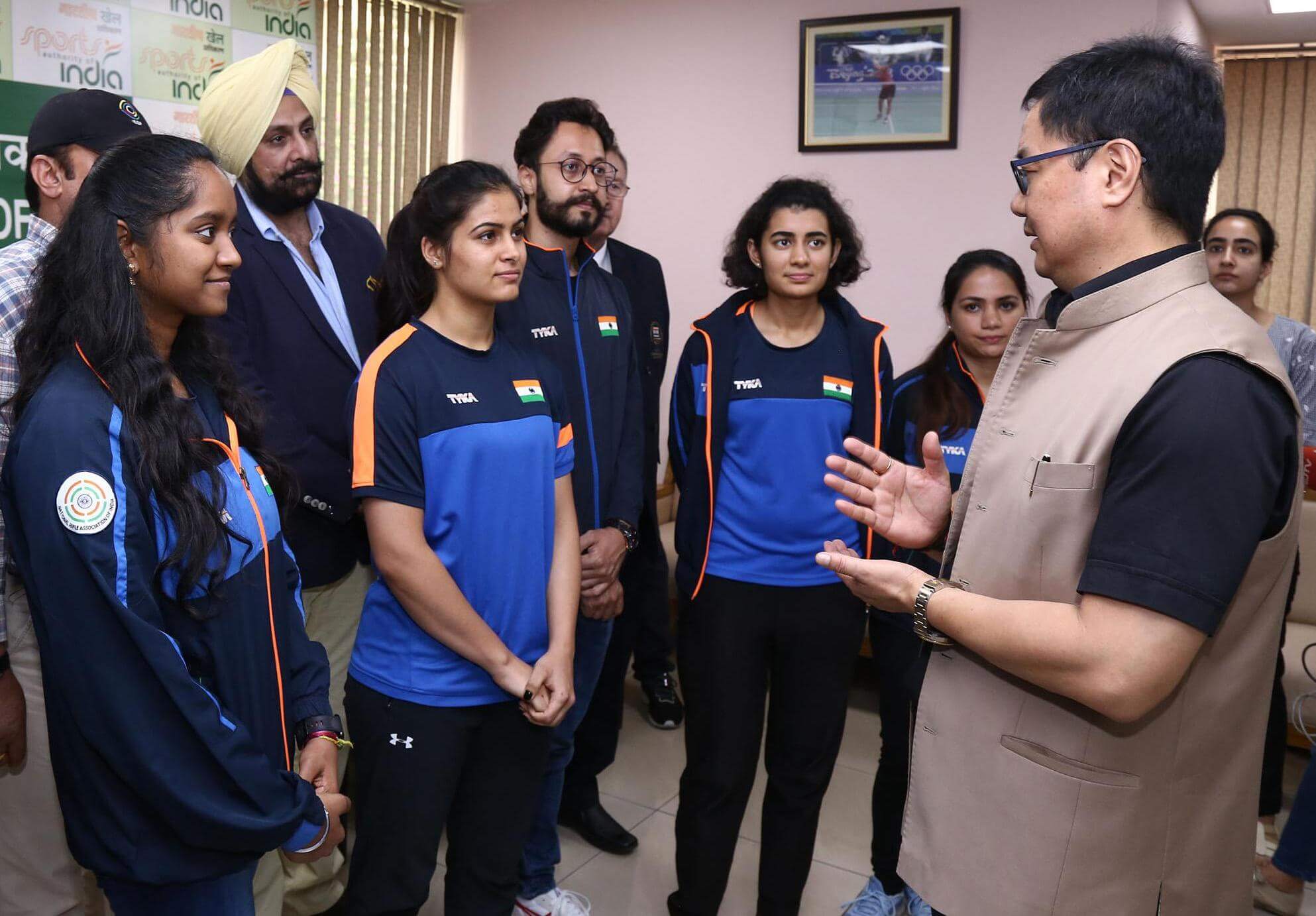 “We are going to set the record of highest number of athletes, in terms of participation, in shooting for Tokyo Olympics. We have already secured nine berths and I am told there is a possibility of 12 quota places.

“We are now best in the world and I am looking forward to it that the talent that we have in shooting should reflect in the Olympics. We must be able to secure a good number of medals at the Olympics. One of the strongest disciplines from which we will have high hopes is shooting.”

The Sports Ministry had recently written to UK Secretary of Sport for shooting’s re-inclusion in the Birmingham Commonwealth Games.

Asked about the issue, Rijiju said: “India is one of the most important nations in the Commonwealth Games Federation and excluding shooting from 2022 has upset all of us.

“…the decision was taken in the CWG organising executive committee, there were no Indians to put up India’s case. So it is not proper to take a decision which is not in the interest of India because everybody knows India has the greatest strength in shooting.

“We will take it up through diplomatic channels also but since it is a sporting event, we would prefer that the CWG executive committee considers our case, or else we will be very upset and register our protest. I have already written a letter so let’s see, the IOA will meet me again.”

The Minister also promised to provide all help to the shooters and improve the facilities at the Dr Karni Singh shooting range in the capital.

“Just recently I visited the Dr Karni Singh shooting range. It is one of the finest shooting ranges in the world but I found some normal facilities are not up to the mark and we will upgrade that. Also hostel facilities should come up fast,” he said.