After the success of four back-to-back International Online Shooting Championships (IOSC) and the month-long Online Shooting League (OSL), indianshooting.com is back with another edition of IOSC after a gap of two months. The fifth edition, which starts on Saturday, will be the biggest in terms of participation with athletes from 15 countries set to take part. Another feature will be the presence of Egypt, Israel, Brazil, Indonesia, Portugal and Peru for the first time in IOSC. In previous editions of IOSC, shooters from India, Russia, England, Hungary, Scotland, France, Austria, Spain, Italy, Tajikistan and Latvia had competed.

The Indian challenge in 10m air pistol will be led by Olympic quota winner Yashaswini Singh Deswal who is ranked No. 4 in the world. The 23-year-old had won a gold at the 2019 ISSF World Cup in Rio de Janeiro and a junior gold at the 2017 World Championships in Suhl. In 10m air rifle, the promising Visnu Shivaraj Pandian, who finished on the podium in the last IOSC, will be the one to watch out for.

Keen to make a mark, Egypt have fielded a 12-member squad led by the experienced Hamada Talat. The 39-year-old featured in the 2016 Rio Olympics and has podium finishes, including two gold, at the African Championships in 10m air rifle and 50m rifle three positions. Elzahraa Shaban and Hadeer Mkhemer, silver medallists at last year’s African Championship, are the other key members.

Among the 11 shooters from Israel are Shiri Sternberg and Ella Goldfaden, who were a part of the OSL team Israel Maaborat. Also, in action will be Almog Geron, who took part at the 2018 World Championship in Changwon.

The Indonesian team of 13 members is led by I Kadek Rico Vergian Dinatha. Ranked No 1 in his country, Rico took part at the 2018 ISSF World Cup in Changwon.

The spotlight will be on Olympic quota winner Martin Strempfl of Austria and Frenchman Etienne Germond. The two are the most experienced online shooters and will be eyeing a podium finish again. Martin’s teammate Georg Zott, who was a part of OSL’s winning team Austrian Rocks, will also be seen.

The Spaniards will be no pushovers either with two members of the Spanish Chanos, the OSL team from that country, will feature Sofia Sanz Del Pino and Alejandro Cilveti Lorente.

As per the format, rifle shooters will be in action on Saturday followed by pistol shooters on Sunday. Like in the earlier editions, shooters will participate by logging on to the Zoom platform from their respective locations. Matches on both days will be streamed live on the Facebook page of indianshooting.com from 4 pm onwards. 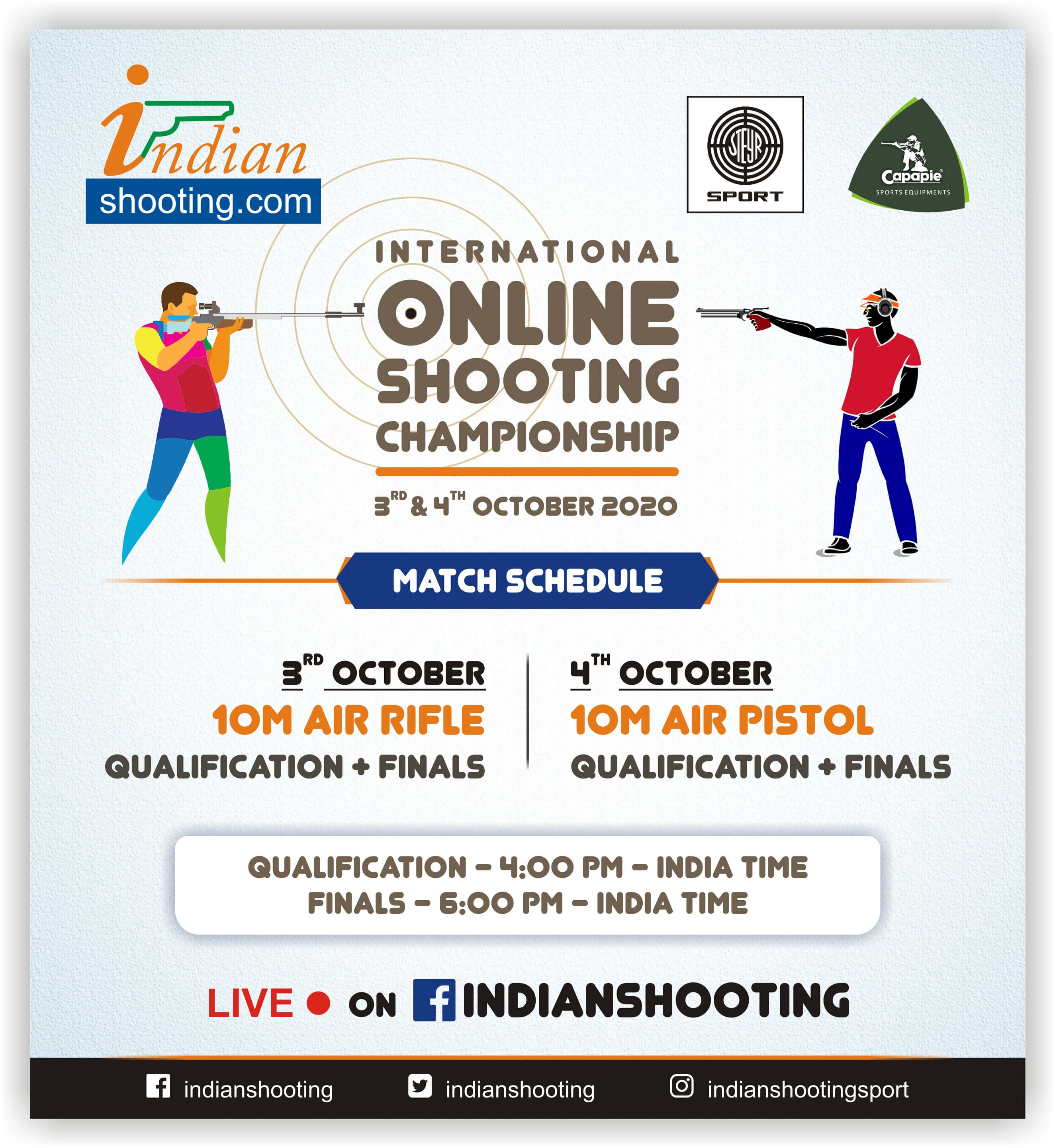