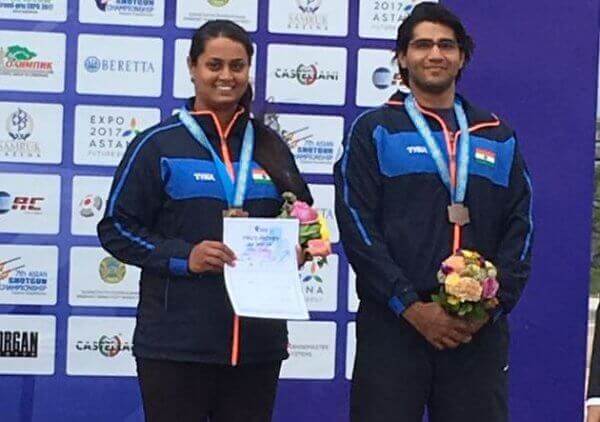 Ace shooters Kynan Chenai and Shreyasi Singh combined to clinch the bronze medal for India in the Trap Mixed Team at the 7th Asian Shotgun Championship in Astana, Kazakhstan, beating Lebanon 40-38 on Wednesday.

The Indian pair had earlier in the day topped the 16-team qualification round with a combined score of 91.

Kynan shot 46 to Shreyasi’s 45 to lead six pairs into the semi-final rounds.

In the first semi-final, Chenai and Shreyasi ended on equal footing with the Kuwait team — both scoring 38 out of a possible 50 hits to force a shoot-off for a place in the gold medal match. The Kuwaitis won the shoot-off.