There is something about India and competitions here that inspires Martin Strempfl to give his best with a Steyr rifle and the Capapie kit. And next week’s “TOPGUN” from 29 April to 8 May, could well see the Austrian scale another peak. This is not mere conjecture but backed by solid statistics. With over two decades of experience of competing at the highest level, Martin blazed to glory at indianshooting.com’s earlier online initiatives last year, the International Online Shooting Championships (IOSC) and Online Shooting League (OSL). He earned the tag of the most experienced online shooter and was voted the Online Shooter of the Year in 10m Air Rifle.

Same is the case with ISSF competitions. Set to turn out for his country at Tokyo Olympic Games in July as a quota winner, Martin, 36, finished fourth for his best show ever on the international stage at the 2019 ISSF World Cup in New Delhi with a score of 205.6 (629.2).

A World Military champion, Martin termed his “fighting spirit” as the key to success. Terming the online events last year as the “perfect training opportunity”, Martin will hold a distinct advantage when he takes aim in a bid to outgun a world-class field of seven other shooters. From July till December last, Martin turned up for various online competitions across platforms, and that will come handy. In terms of experience too few can match the veteran of 1 ISSF World Championship, 13 ISSF World Cups and 6 European Championships.

Ranked No 51 in the world, Martin has a personal best score of 633.7 (0.2 point more than the world record) which he had registered in the 4th IOSC held last year, and “TOPGUN” is another opportunity to scale another peak given his affinity for India. But there is a rider as well. On quite a few occasions last year, Martin was upstaged by young Indian shooters during the online competitions, and the Austrian acknowledged the country’s talent base. “It is impressive to see what great talents and professional commitment India has. I am convinced that we will hear a lot more from these young shooters,” he had told the Olympic Channel in an earlier interview.

This time, Martin will up against, among others, upcoming Indian shooter Arjun Babuta, 22, who impressed at the ISSF New Delhi World Cup last month. But knowing Martin, whose interests are as diverse as falconry, sport and cooking, he will be up for the challenge as competing with the best in the business brings his “fighting spirit” to the fore. 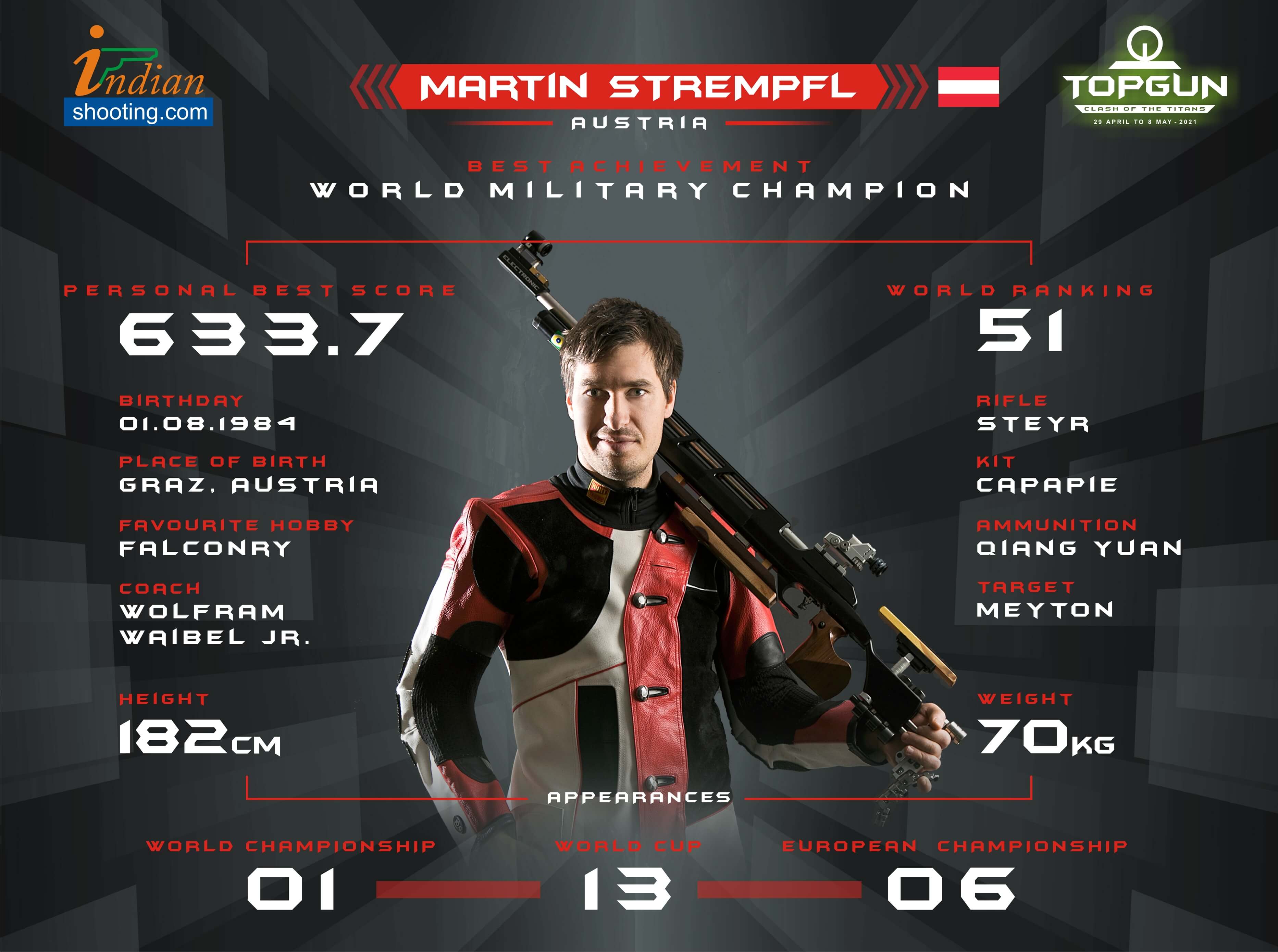