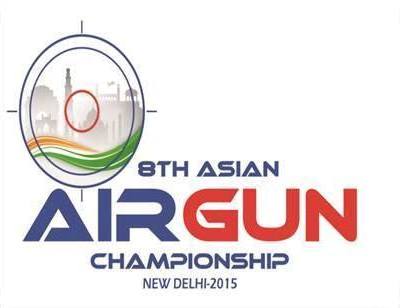 There are 12 men and women events over four days of competition in the senior, youth and junior categories. Airgun competitions are restricted to the Air Rifle and Air Pistol segments.

“Shooting has been India’s most successful Olympic sport after hockey. We are confident we will be able to bring greater laurels for the country, come 2016 Rio Olympics. This championship will serve as part of the ongoing preparations towards that goal,” National Rifle Association of India (NRAI) President Raninder Singh said.
“I want to thank the sports ministry of the Government of India, the Sports Authority of India (SAI), and above all our world class shooters for their relentless support and commitment to the sport which has been key in helping us bring this high quality competition to India.”

The next assignment for the squad begins on August 6 in Gabala, Azerbaijan, where the World Cup for Rifle/Pistol/Shotgun will see 35 more quota places secured for Rio 2016.