The Indian Tigers, the Indian team for the World’s first Online Shooting League, which gets underway from Saturday, is unique in its composition. The three-member team named Indian Tigers comprising Krishan Kumar, Jyoti Sannakki and Ishank Ahuja is the only one in the six-team league to comprise differently-abled athletes. The para shooters could not have asked for a better platform to showcase their prowess as they will be pitted against some big names in rifle shooting and Olympic quota winners.

The Indian Tigers’ opening match itself on Sunday will be a stern test as they will be up against the Italian Style, who boast of two quota winners in Marco Suppini and Lorenzo Bacci. The journey of a para shooter is all about defying the odds and the Indian trio will be relishing the challenge and eager to punch above their weight as after all it is a rare opportunity.

Despite the odds, the Indians will be no pushovers. Krishan won silver in men’s 10m air rifle at last year’s National Championship while Jyoti too bagged silver in the women’s category. Even Ishank has made a mark at the national level. Sriharsha Devaraddi, who has taken part in a World Championship and multiple World Cups, is a reserve but is likely to feature in the second match against the Austrian Rocks next weekend. The team is coached by JP Nautiyal, a former national shooter and chairperson of the Sports Technical committee (STC), shooting of PCI.

Paralympic Committee of India (PCI) president and silver medallist at the 2016 Paralympic Games, Deepa Malik, was elated by the opportunity accorded to the Indian para shooters. “This is a great opportunity for our shooters at a time when there is no competition happening in the world. I am sure our team will fight like tigers and make us proud,” she said. 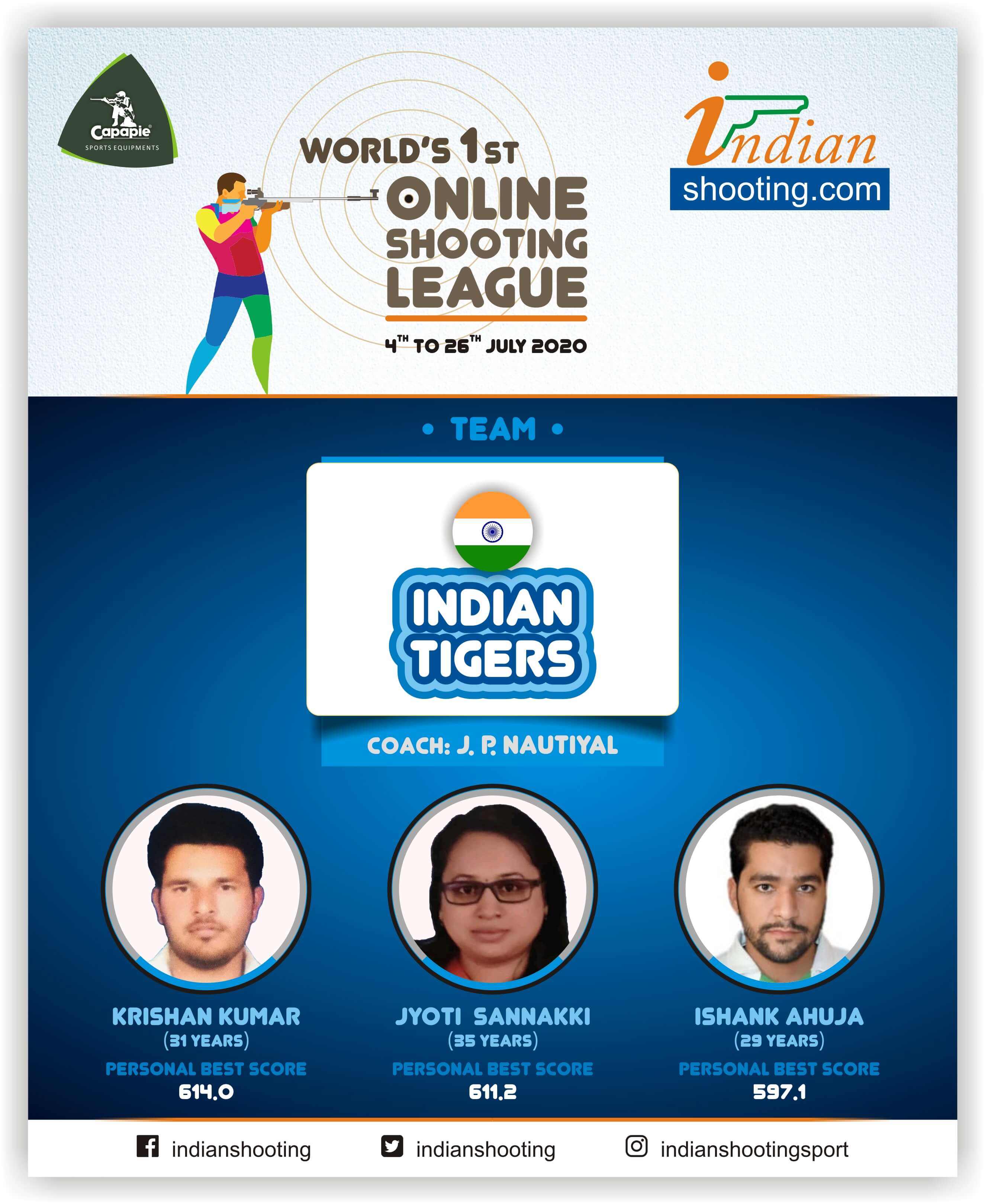