French Frogs, one of the teams in the World’s first Online Shooting League, will be raring to go when the matches commence from July 4. But, they would have been hoping that their most experienced campaigner, Etienne Germond, was on hand from the start of the month long event that concludes on July 26.

The 31-year-old, ranked world no. 27 in men’s 10m air rifle, will be missing the first two weeks of this novel initiative on account of travel and has been kept among the reserves. Germond, who has competed at multiple ISSF World Championships and World Cups since 2013, brings with him an experience of 13 years in competitive sport. He also had a top-10 finish at the 2014 European Championship at Moscow in 10m air rifle.

Having said so, the young French team is not short on talent. With an average age of less than 20 years, the promising bunch is sure to test the other five teams — Austrian Rocks, Italian Style, Israel Maabarot, Indian Tigers and Spanish Chanos. Leading from the front in this endeavor will be 19-year-old Lucas Kryzs. Competing as a junior at last year’s European Championship at Bologna, Kryzs landed a silver in men’s 50m rifle prone with a score of 620.4.

At 20, Dimitri Dutendas is another talented shooter to make the team. In a career that is set to take off, his best show in an international event thus far is 17th at last year’s European Championship in Bologna in junior men’s 50m rifle three positions.

Nicolas Mompach will be one more name to watch out for here. The 18-year-old finished 7th as a junior at the European Championship in Bologna last year with a score of 398.4 in the final of the men’s 50m rifle three positions. He also had a top-10 finish in 50m rifle prone in the same competition with a score of 618.5. 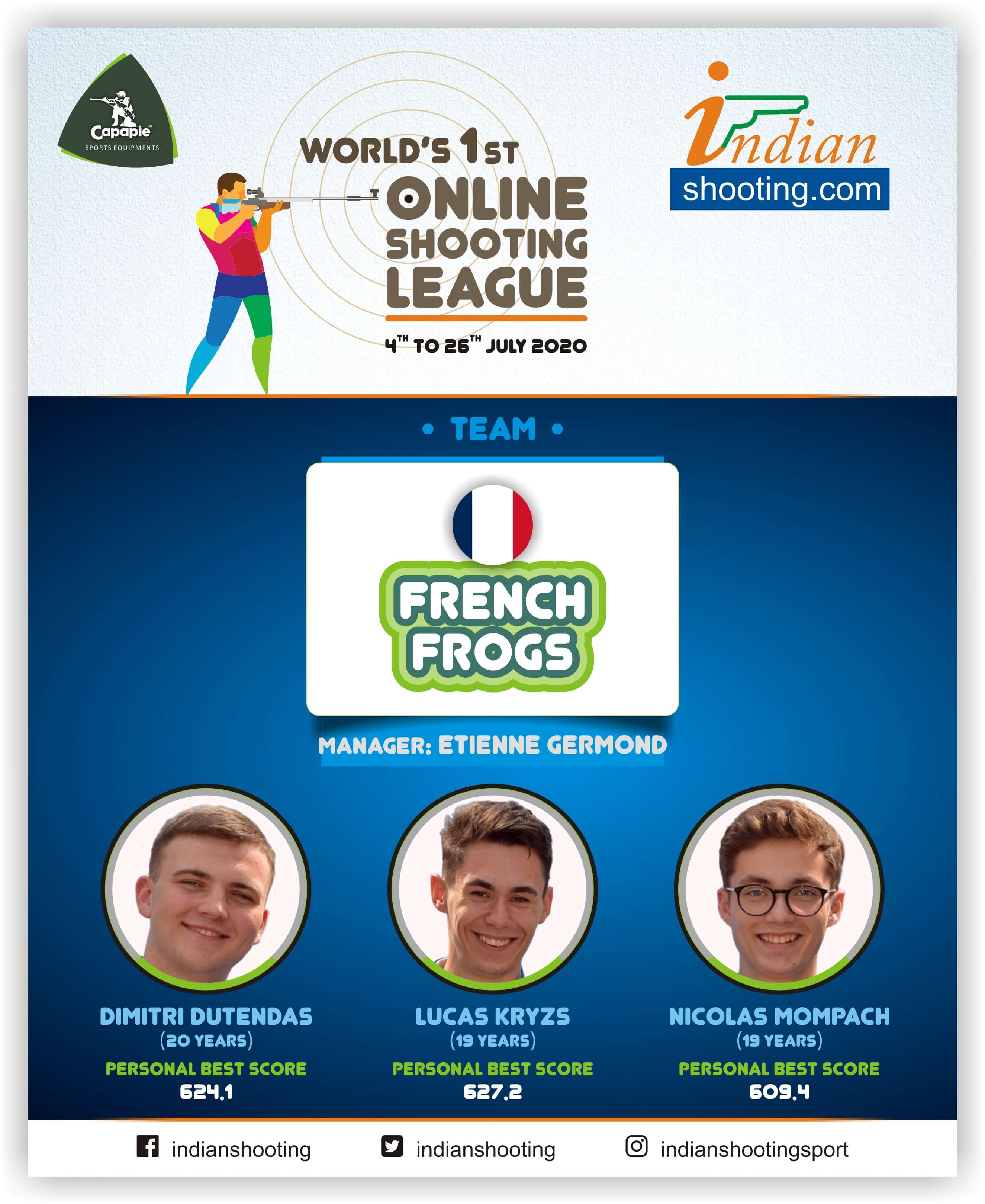