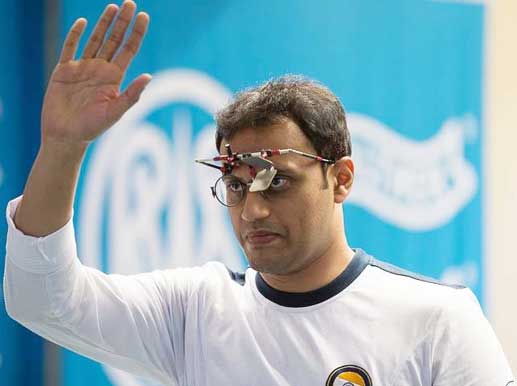 Prakash scored 30.5 to finish ahead of runner-up Prerna Gupta who scored 28.1 in the final round comprising 3 shots. There were eight top shooters from the men and women categories. Jitu Rai, Samaresh Jung, Shital Thorat, Shahzar Rizvi, Prashant Nagare and Vipin Rana were amongst the top contestants who were eliminated one by one.

The Karnataka shooter was awarded with a cash prize of Rs 50,000 by the National Rifles Association of India (NRAI).

Maharshtra’s Shital Shivaji Thorat became the new national champion in the Women’s 10m air pistol with a score of 199 in the finals. Punjab’s Harveen Sarao won the silver medal with 197.3, while promising youngster Prerna Gupta of Uttarakhand settled for the bronze, shooting 173.9.

Another promising youngster, Yashashwini Deswal of Haryana became the new junior national champion, shooting a score of 384/400 in Junior Women’s 10m Air Pistol. Uttarakhand shooters Prerna Gupta and Mamta Kedia settled for the silver and bronze with a total of 378 and 377, respectively.

Haryana shooters stole the show in the Youth Women’s 10m Air Pistol as the state’s youth brigade bagged both the gold and silver medals. While Yashashwini again dominated the category to finally emerge as the youth champion with 384, her state mate Nayani Bharadwaj won the silver medal with a total of 374. Fateema Deesawala of Andhra Pradesh settled for the bronze medal with a total of 372.