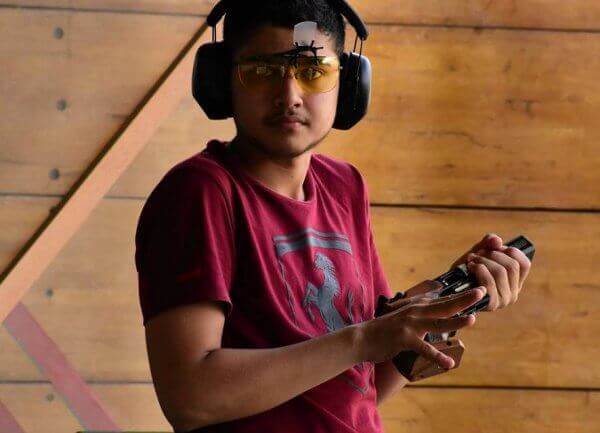 Haryana’s Anish was in superb form throughout as he topped the qualification round with a score of 582 and later in the finals pipped Vijay Kumar with a perfect round of five, to clinch the gold by one point.

Vijay shot a below par qualification score of 573 but did well in the finals to claim the second spot.

Another Olympian Gurpreet Singh of Army shot a relatively better score of 579 to finish second in qualification but couldn’t match Anish’s form in the finals and had to settle for bronze.

Later, Anish went on to clinch the Junior Men’s 25m Sports Pistol gold with a huge margin of eight points over Karan Sheoran, following an impressive score of 585.

Last month Anish had won a gold with a world record in the 25m Standard Pistol and a silver in the 25m Sport Pistol at the ISSF Junior World Championship in Suhl, Germany.

In the Men’s 10m Air Rifle, Pratik Borse clinched the gold, while Olympian Chain Singh (622.2), who had topped the qualification with a score of 622.2 in a field of 334 shooters, finished eighth. Pratik beat Parul Kumar by 0.8 point. The junior and youth gold medals were won by Manjeet Singh and Arjun Babuta respectively, who incidentally topped the qualification in those events, among 207 and 181 shooters respectively.