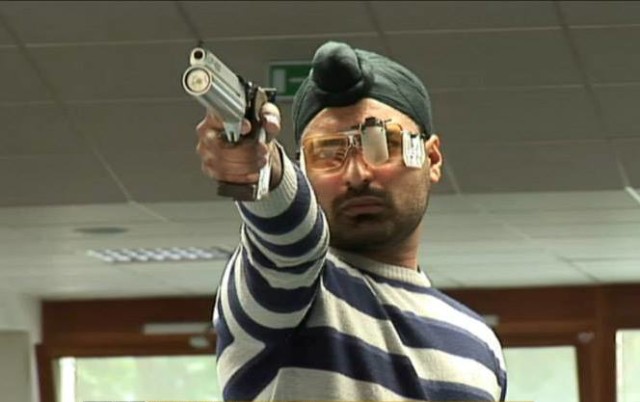 Gurpreet Singh secured India a fifth quota place for the Rio Olympics by finishing fourth in Men’s 10m Air Pistol at the ISSF World Cup in Munich on Sunday.

The positive result for Gurpreet comes a day after the disappointment of missing a quota place in the Men’s 25m Rapid Fire Pistol where a fourth place was not enough.

Gurpreet who trains at the Army Marksmanship Unit in Mhow qualified for the air pistol final with a score of 579, one point ahead of Jitu Rai. He shot the final very well to ensure one of the three quota places on offer. Jitu Rai however failed to make the final and finished 9th in the same event.

The 50-year-old Joao Costa of Portugal, followed his 50m free pistol gold with one in air pistol, as he beat the former World Champion Tomoyuki Matsuda of Japan in a thriller. Sun Yang of China, the former Asian junior champion, beat Gurpreet to the bronze and claimed one of three Olympic quotas. The fifth placed Lee Daemyung, the former Asian champion, grabbed the third Olympic quota.