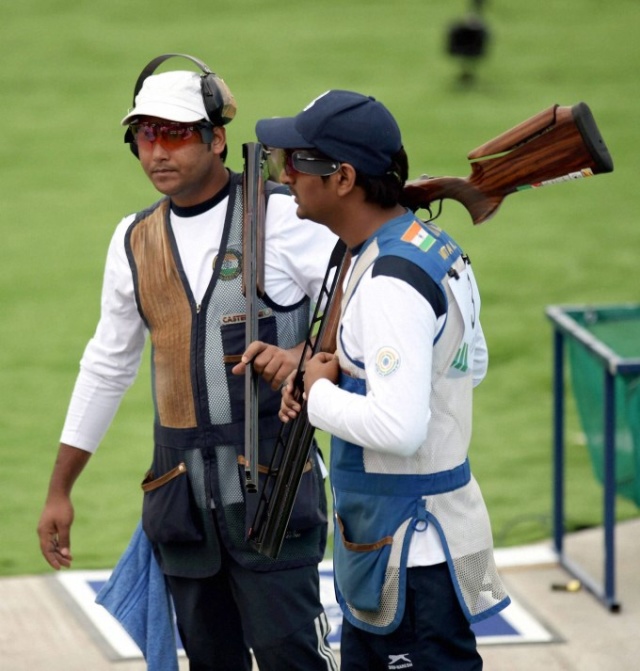 The trio shot a combined score of 400 to pip hosts Italy, who finished fourth with a total of 398.

In the individual event, which had two Rio Olympic quota places up for grabs, Asab was the best Indian in qualifying, finishing 12th. Mittal finished 16th while Dahiya ended in 23rd position.

Speaking to indianshooting.com, Asab said, “We are happy to win a medal but I personally wanted to shoot a little better and be in the finals. I was expecting better results as I had trained very hard for this championship. I came here on 18th August and since then have been training with my coach Marcello Dradi. During today’s match the weather kept changing, it became very windy at times making it very difficult to hit the targets. I hope I can shoot much better at the Asian Championship in Kuwait. There are two Olympic quotas on offer in Kuwait and I hope to bag one of them”.

Sangarm Dahiya posted on his facebook page, “Finally I have an ISSF medal after all these years of toil and sweat!!!

Congratulations to the Indian men's double trap team for a bronze at the worlds.Only the second medal after the men's trap team at wch 2006?

Vasily Mosin of Russia won the gold, silver was won by Tim Kneale of Great Britain while Kuwait’s Ahmad Alafasi took the bronze.