The 17-year-old Saurabh, who shot the second best qualification score of 585, shot an impressive 243.3 in the final to seal the gold with a big margin of seven points.

Tiago Carapinha of Portugal won the silver while Kristian Callaghan of Great Britain took the bronze.

Nikhil Kumar topped the qualification with 586 but could only finish seventh in the final. 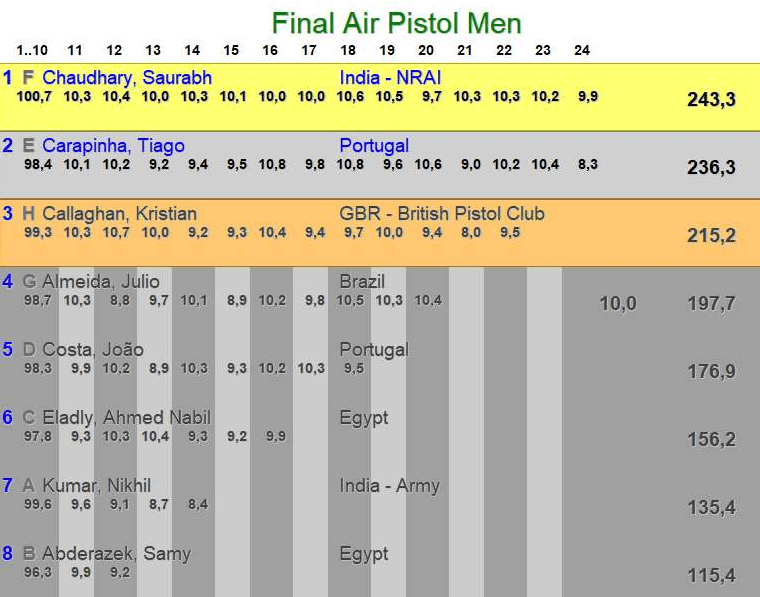