The 16-year-old Rudrankksh shot 252.9 in the final, which is 0.1 point more than the world record held by China’s Yu Haonan. However, this is not the first time Rudrankksh has surpassed the world mark. The youngster had scored 253.4 en route to winning the youth trials this year.

Although Rudrankksh’s record will not be be ratified as the ISSF considers only a select bunch of international competitions for that purpose, but it was delight for the viewers watching it live on the Facebook page of indianshooting.com. 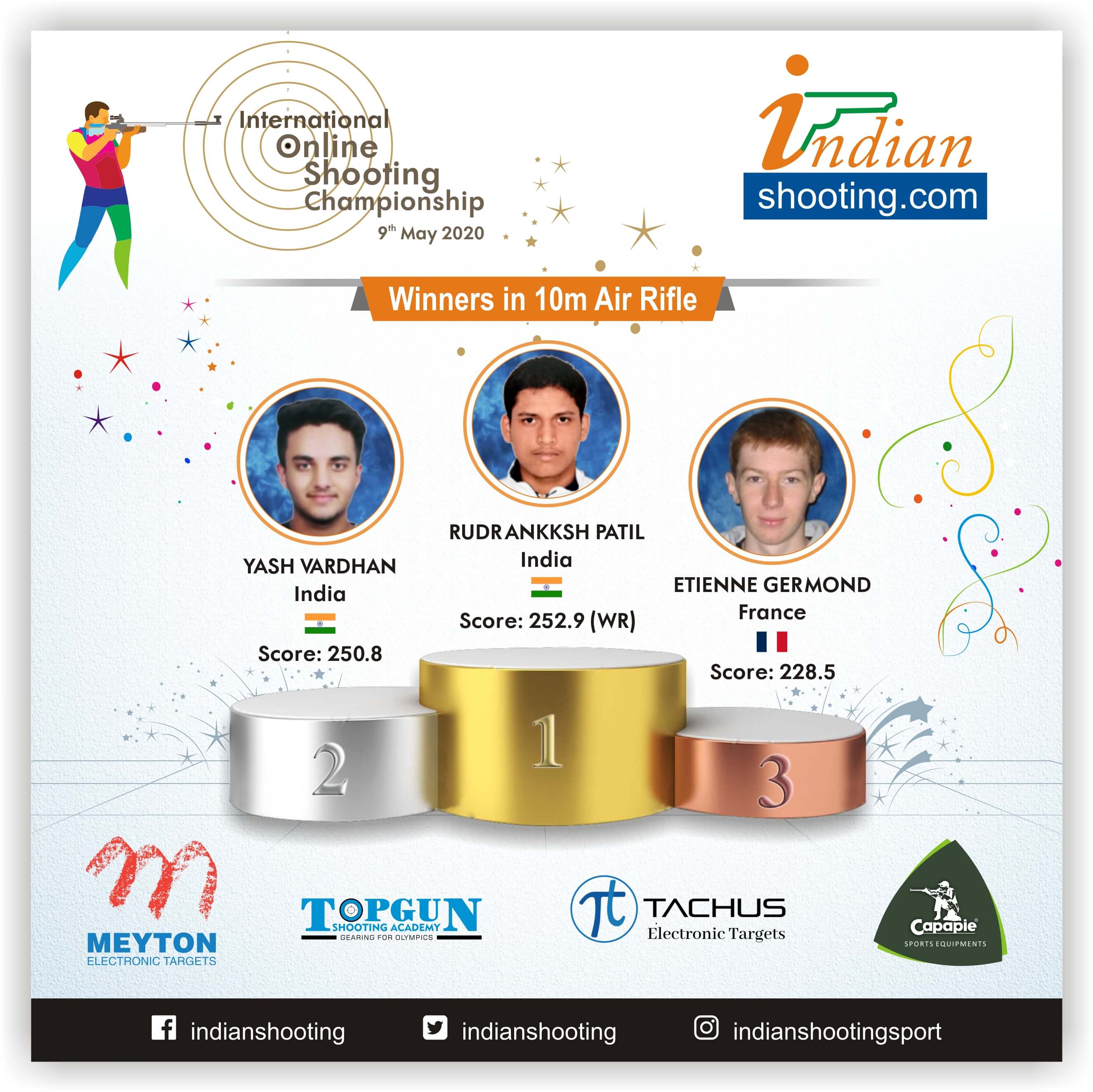 In the 10m air pistol, Yashaswini, who had claimed a gold medal at the ISSF World Cup in Rio de Janeiro last year to secure an Olympic quota, shot 243.8 to claim the top spot.

Gaurav Rana, who won a junior bronze in the World Championship, finished second with 240.6 while World Number 2 and quota winner Manu Bhaker took the third place with 218.3 to make it an all-Indian affair. 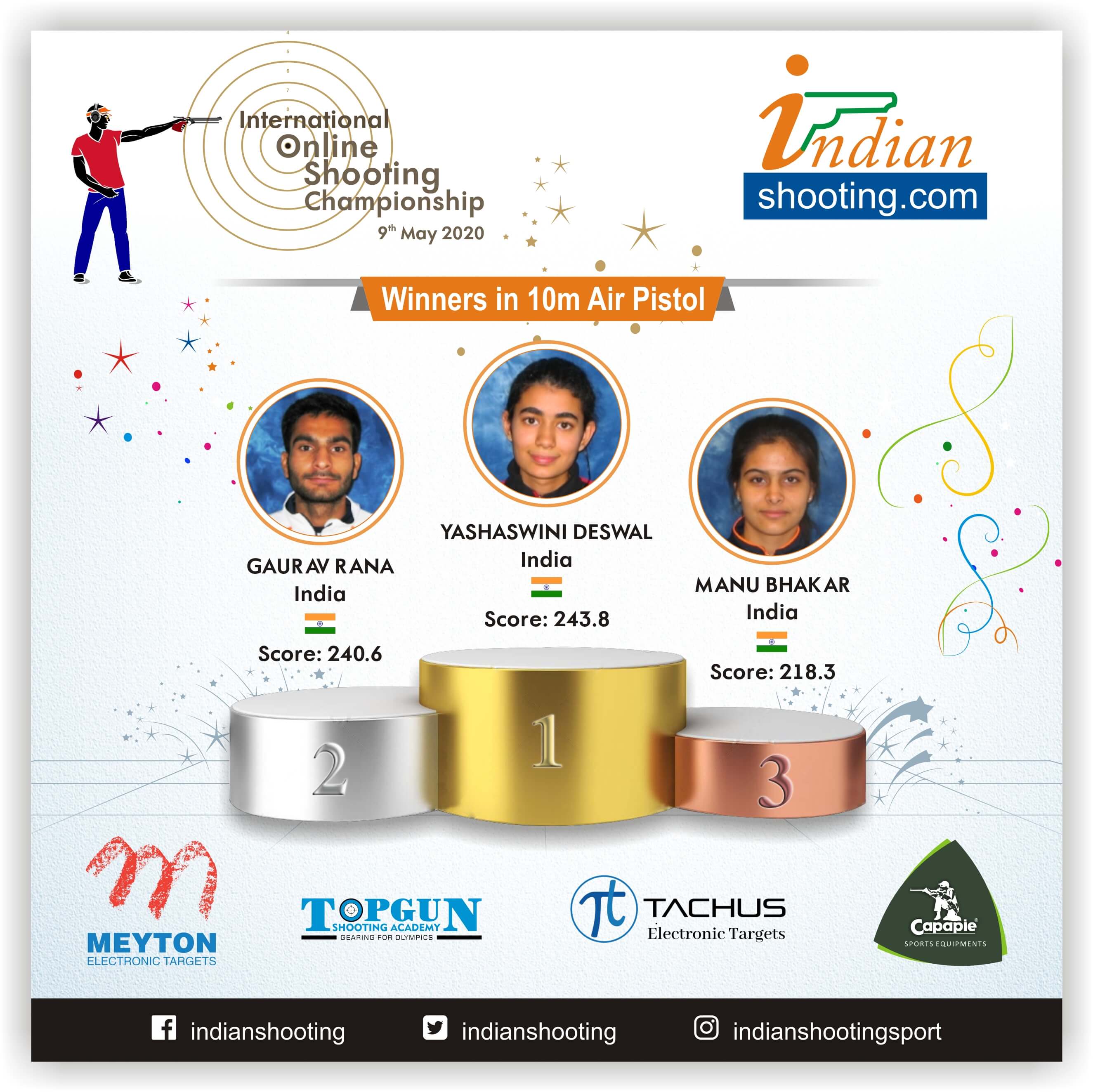 Shooters from India, Russia, England, Scotland, France, Austria, Hungary, Spain, Tajikistan, Latvia and Montenegro logged in through the Zoom platform from their respective locations and shot at electronic scoring targets set up in their houses, the screen for which was shared for the scores to be marked.

The innovative event is an initiative of former India shooter Shimon Sharif to help the shooters from around the world get enough competition during the coronavirus-forced lockdown in many countries. 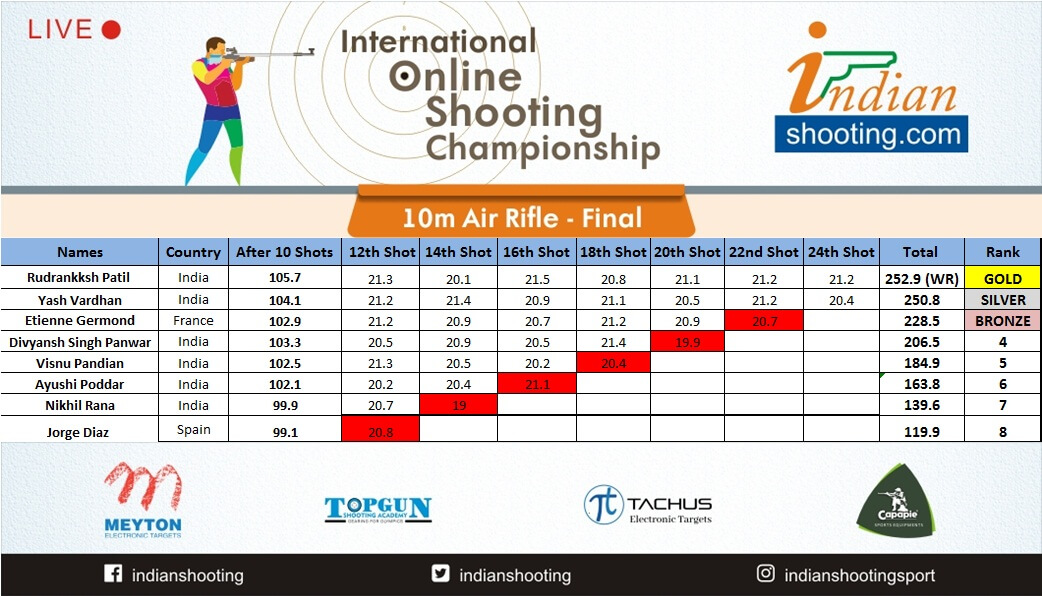 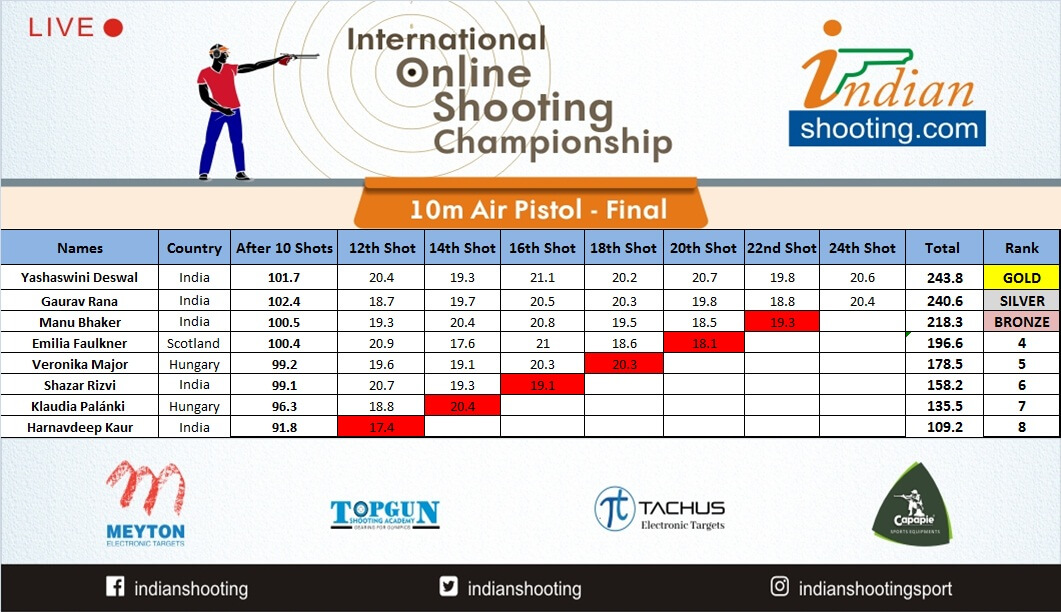