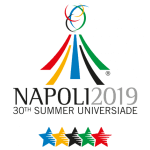 India’s Angad Vir Singh Bajwa won the bronze medal in the men’s skeet at the 30th Universiade in Napoli, Italy, on Wednesday.

The 24-year-old Angad, shot 44 in the final and missed the silver by one point. He had made it to the final with the third best qualification score of 122/125.

Last year, the reigning national champion, Angad had won gold with a final world record of perfect 60/60 at the Asian Shotgun Championship held in Kuwait.

The gold was won by Nicolas Vasiliou of Cyprus with 56 hits while Finland’s Timi Vallonemi shot 54 to take the bronze.

It was the third medal for the Indian shooters, following the individual silver and team bronze by Elavenil Valarivan in women’s 10m air rifle.