The World’s first Online Shooting League will start with a clash between Austrian Rocks and Italian Style on July 4, with the Indian Tigers competing the following day.

On July 5, the second day of the league, will see Indian Tigers take on Italian Style.

The semifinals will be held July 18 and 19, while the final is scheduled for July 26. In between, there is a third-place match lined up for July 25.

Every team will have three rifle shooters and a coach who will all login through the Zoom platform from their locations.

A specially designed format called ‘Race To Ten’ will be used.

“The shooters will shoot a shot each and a point will be awarded to the team which has a higher total of three shots. Whichever team reaches ten points first will win the match,” said Shimon Sharif, the brain behind the league.

It will have a total of 10 matches on different days spread over a month and will be streamed live on @indianshooting Facebook page.

Since it is an online event, team members do not necessarily have to shoot from the same location; they can shoot from anywhere, even from different countries.

The teams with the lowest score in their respective group will be eliminated after the qualification stage over the first three weekends, while the others will advance. 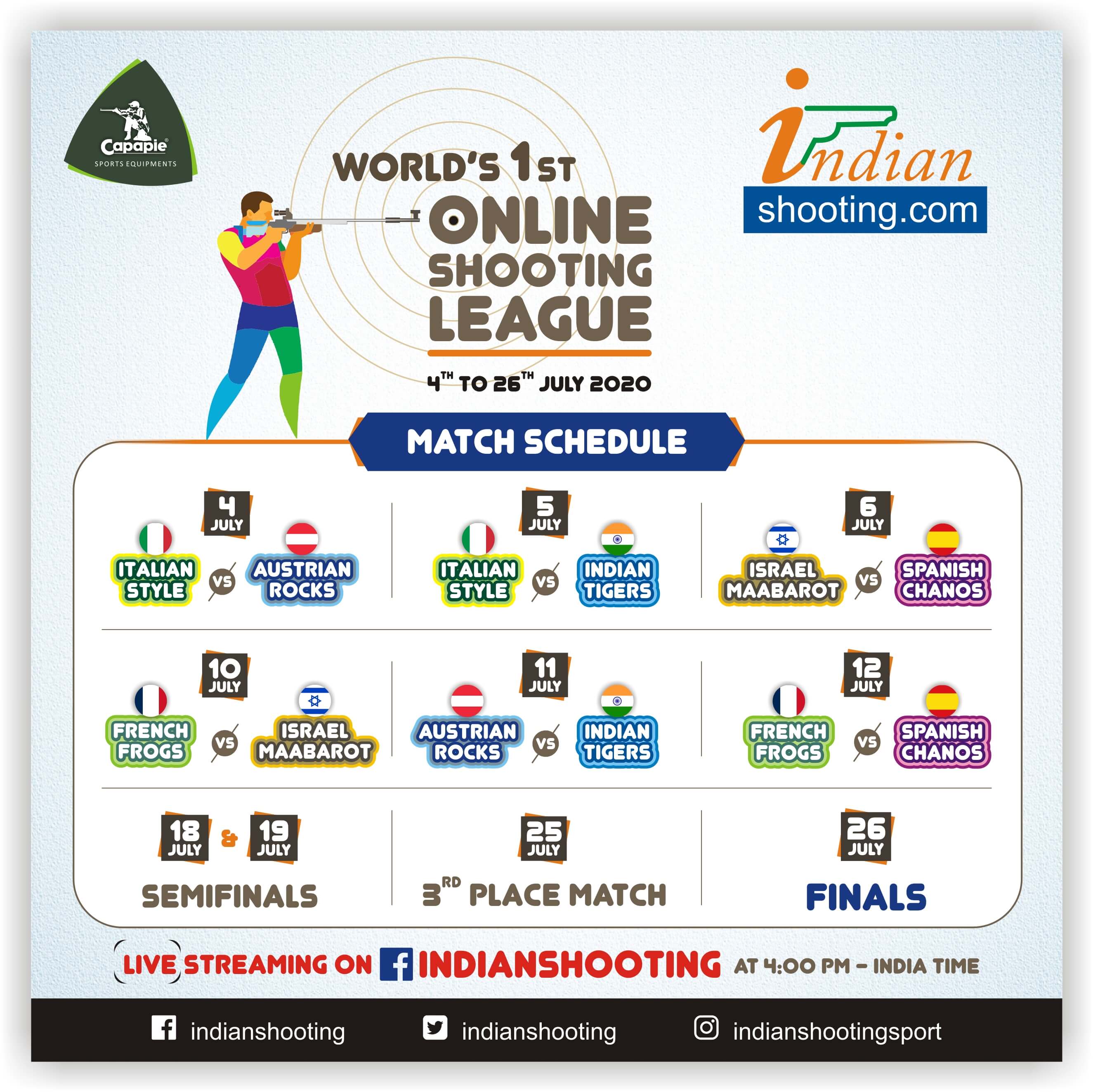