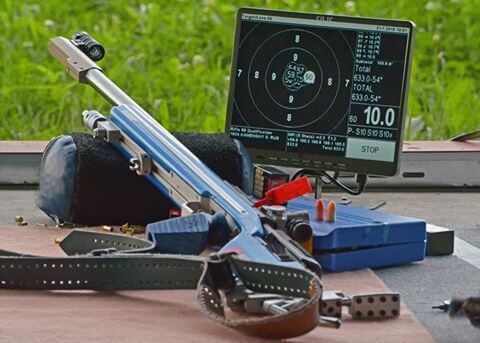 The academy was launched in 2006 by shooter Shimon Sharif with an aim of professionalizing coaching in shooting sport and making it more accessible to the masses. The academy is associated with several schools and colleges and is always in the process of searching and developing future shooting stars.

All training courses conducted by the academy have been specially designed by renowned coaches and shooters of repute.

We follow a very systematic training plan and also provide support during various competitions in India and abroad.

We aim at recognizing potential among young kids and adults and help them accomplish their goals. World-class training and the best coaches in the country together train and groom the shooters and ensure they achieve their potential.

The academy has organised training camps and clinics with foreign coaches from Germany and Hungary and special clinics and interactions with top shooters like Gagan Narang, Vijay Kumar, Joydeep Karmakar and Samaresh Jung.

The academy has also played host to prestigious colleges like “Lady Sri Ram College” and “College of Jesus and Mary” for their admission trials in shooting.

Coaches: Certified and Trained by ISSF and NRAI

Yoga and Shooting at TopGun – NDTV