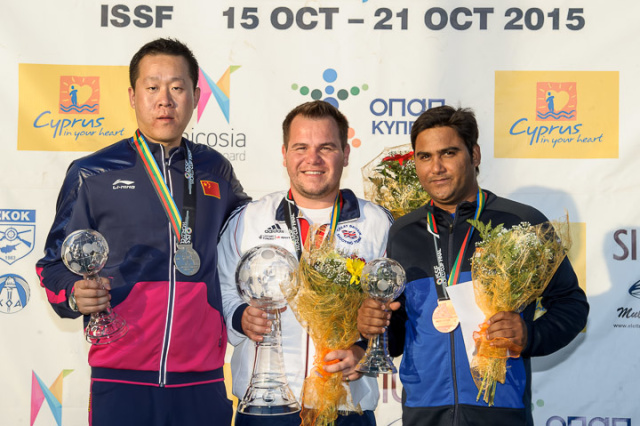 The 26-year-old, Asab beat Tim Kneale of Great Britain after shooting a perfect score of 30/30 against Kneale’s 27 in the bronze medal match.

Asab had qualified for the finals after finishing sixth in the qualification with a score of 135 + 12 points.

Speaking to indianshooting.com, Asab said, “Today’s match was very good and this medal makes me more confident to win an Olympic quota. I hope I can shoot much better at the Asian Championship in Kuwait and win the quota”.

Although Asab could not win a medal at this year’s ISSF World Cup stages, but he reached the finals on two occasions. Based on this performance, the ISSF had selected him for the World Cup Final.