The 20-year-old Gauri led throughout in the finals, winning the gold with a margin of 4 points.

The silver was won by China’s Wang Xiaoyu with a score of 33 while Irina Serebryanskaya of Russia took the bronze with 24.

The team of Shreya, Gauri and Abhidnya shot a score of 1694 to win the team bronze for India. The gold was won by Korea with 1709 while Poland took the silver with 1702. 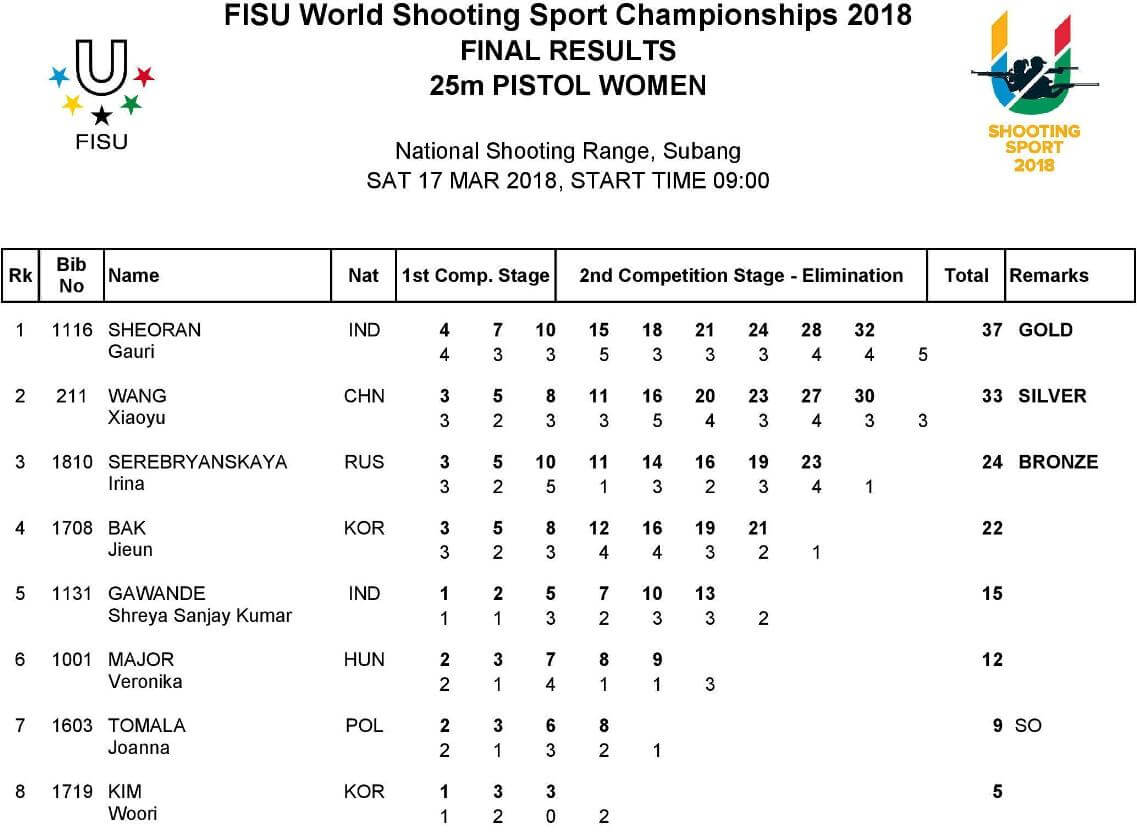