There could not have been a better ending to the 6th International Online Shooting Championship (IOSC) and the year’s last online competition organised by indianshooting.com than a homegrown talent taking the top honours. The 17-year-old Yash Vardhan of India dominated from the beginning and despite a late challenge from Austria’s Martin Strempfl, won gold in the 10m air rifle on Sunday with a total of 251.9.

Not only was the victory margin of 1.2 points convincing, the gold capped a performance that was nothing but dominant from the start as Yash, who wears the Capapie kit, had also topped the qualification with a score of 633.0, just 0.5 short of the world record. Ukraine’s Oleksandr Halkin, who shot the second best qualification of 631.2, settled for bronze with a total of 229.3.

Sunday’s result continued Yash’s love affair with IOSC as he had won silver in the 3rd IOSC. More than this, the teenager proved he is a name to look out for after a couple of landmark wins last season. Ranked No.25 in the world, Yash had won the junior gold at the 2019 Asian Championships in Taoyuan, Taiwan and a silver at the ISSF Junior World Cup at Suhl, Germany. 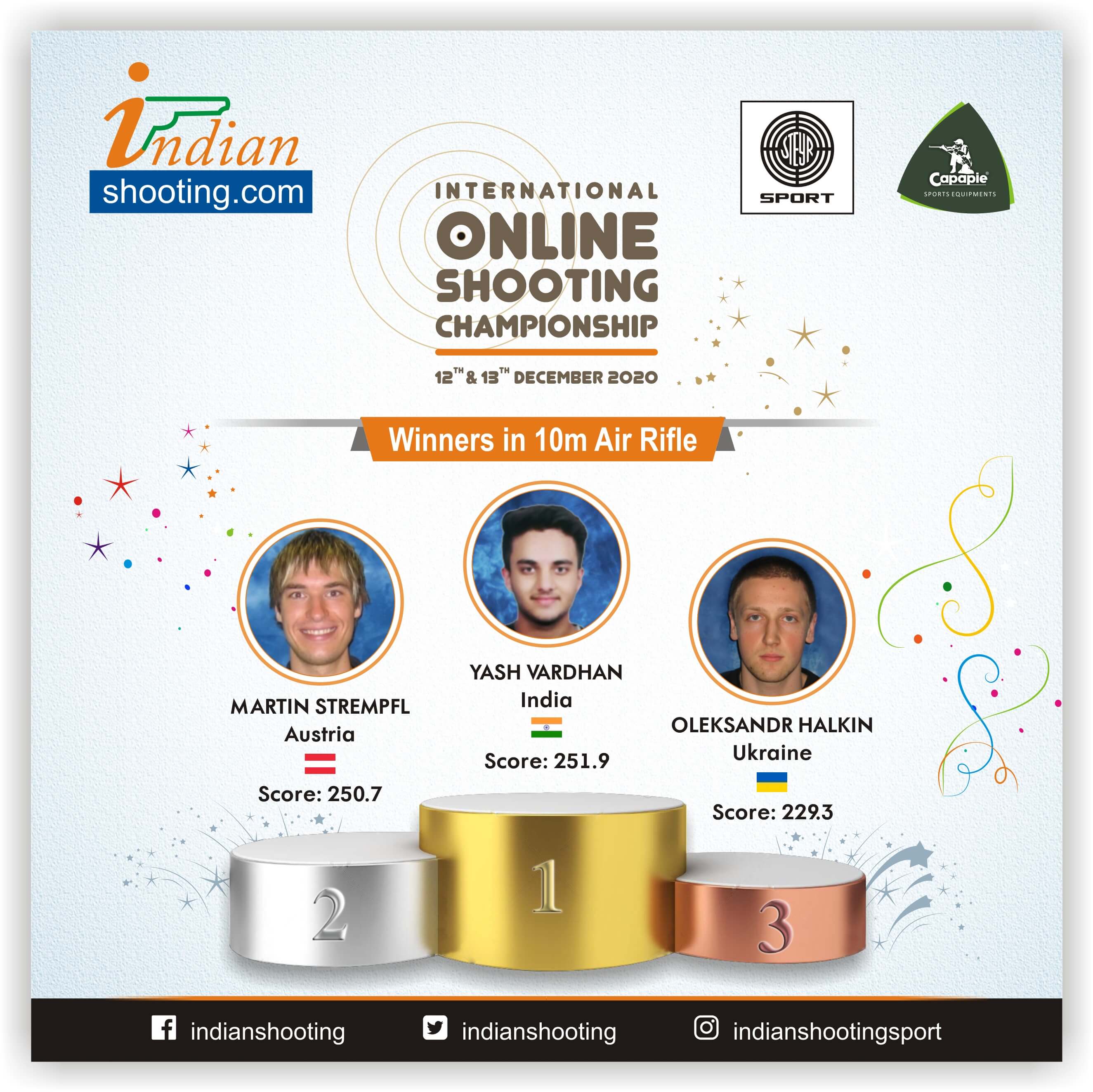 Despite dominating qualification there was no let-up in intensity as Yash took the lead after the first 10 shots with a score of 105.8 and never looked back. The result is a vindication of the hard work, and Yash admitted to it as much. “I’ve waited for a year for this as I’ve finished second and third many times, and the key to today’s success has been the focus on process rather than scores. It is helpful to have competitions like IOSC during these times as it not only helped me gain exposure but also helped me grow into a better shooter. I am delighted with the result and will be looking forward to continuing it,” he said.

After the sweep by Steyr pistol shooters on Saturday, Sunday too had moments of celebration for the renowned Austrian gun manufacturer as Martin came up with a remarkable show of determination in the finals of 10m air rifle with his Steyr air rifle. The Olympic quota winner for Austria was trailing the Ukrainian duo of Oleksandr and Viktoriya Sukhorukova at different points but rallied well after the 20th shot to climb to second and stayed there. “I’m always fighting and that’s the key to the silver,” said the 36-year-old who was disappointed with his qualification score of 625.0. With Sunday’s appearance, Martin maintained the record of turning out for all editions of the IOSC and the Online Shooting League (OSL), and the rifle shooter, who also wears the Capapie kit, termed the IOSC as the “perfect training opportunity”.

Another Steyr shooter and World No.27 Etienne Germond of France qualified with the third-best score of 629.0 in qualification but could not take part in the final due to a previous commitment.