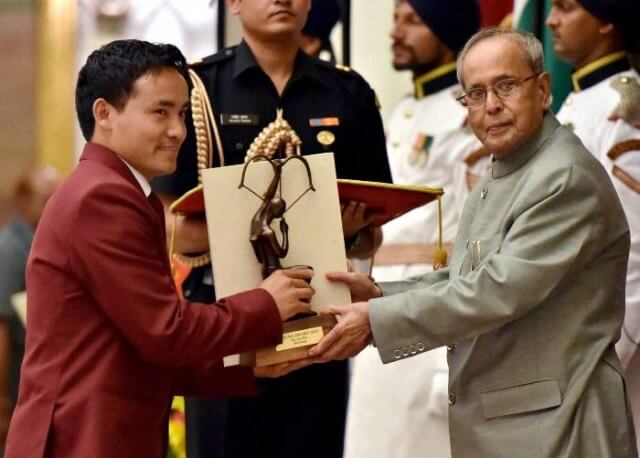 Ace shooter Jitu Rai was on Saturday conferred with the prestigious Arjuna award in a glittering ceremony at the Rashtrapati Bhawan.

President Pranab Mukherjee presented the award to Jitu, clad in a ceremonies blazer, amid thunderous applause at the Darbar hall where Sports Minister Sarbananda Sonowal was among the attendees.

Jitu along with the award also received a certificate and award money of Rs.5 lakh.

It was a proud moment for the 28-year-old pistol shooter, who was hard to ignore considering his stupendous success in the last two years.

The army shooter had won gold in the Glasgow Commonwealth Games as well as a gold in the Incheon Asian Games in 2014, besides winning silver in World Championship and several medals in the ISSF World Cups.