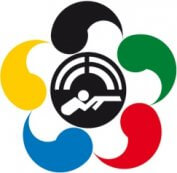 Rahi Sarnobat narrowly missed out on a podium finish in the women’s 25 metre pistol at the ISSF World Cup in Changwon, Korea.

The 27-year-old, Rahi, shot her personal best score of 588 to top the qualification and registered 26 hits in the finals to finish 4th.

Earlier in the finals, Rahi had a poor start with only two hits in the first five shots and was placed 7th. The Olympian came back strongly with a perfect score of five hits in the next series to climb up to the 1st position. Rahi held on to the top spot till the fifth series but slipped to the 4th position after two hits in her sixth series.

Although Rahi, who had won a World Cup gold at the same venue in 2013, did manage four hits in her eight series but still fell short by a point for a podium finish.

The 2018 Commonwealth Games gold medallist, Heena Sidhu, finished 37th with a qualification score of 575 while Annu Raj Singh shot 573 to finish 41st in a field of 92 shooters.

Australia’s Elena Galiabovitch won gold beating silver medallist Yuemei Lin of China in a shoot-off 3-2, after both had tied with 34 hits. China’s Yushi Yao took the bronze with 30.

Interestingly, Elena had been outclassed on way to the gold, by Heena, in the CWG, recently.

In the mixed air rifle team event, the Indian pair of Apurvi Chandela and Ravi Kumar settled for the 5th place, as it missed progress by an agonising margin of 0.1 point, after having qualified in the second place.

India’s second team in the event, Mehuli Ghosh and Deepak Kumar was placed 8th after missing the finals by a point.

In women’s trap, Rajeshwari Kumari shot the best among the Indians, with a total of 116 in the MQS section. Shagun Chowdhary shot 108 to finish 26th, Shreyasi Singh shot 106 to finish 33rd while Seema Tomar finished 47th with a score of 99.

The 2008 Beijing Olympic gold medallist Satu Makela-Nummela of Finland won the gold with 41 hits while Spain’s Fatima Galvez won the silver with 37. Alessandra Perilli of San Marino, who shot the qualification world record of 122, took the bronze with 27.