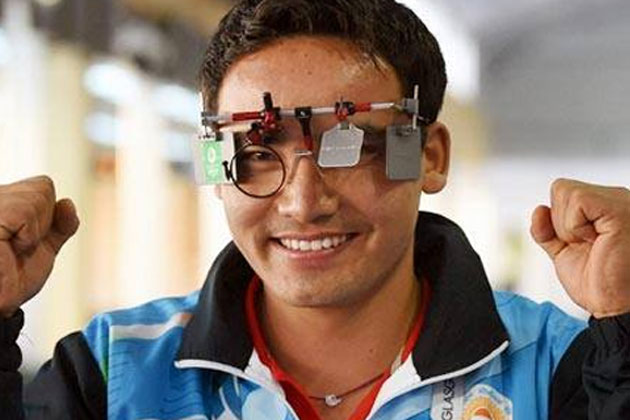 Jitu Rai’s gold at the recently-concluded ISSF World Cup in Bangkok has seen him rise to World No. 1 spot in the Men’s 50m Pistol, according to the ISSF rankings released on Friday.

The 28-year-old Jitu also retained his No. 7 ranking in the Men’s 10m Air Pistol.

This is the second time the Army shooter has reached the No. 1 spot in the world. He was previously ranked No. 1 in the Men’s 10m Air Pistol in July 2014.

Rai had missed the recent South Asian Games apart from other National and international events owing to an abdominal surgery.

Pistol shooter Gurpreet Singh who is also a part of the Indian squad for Rio Olympics moved up three places to be ranked No. 6 in Men’s 25m Rapid Fire while rifle shooter Gagan Narang improved his ranking by one spot to become No. 9 in Men’s 50m Rifle Prone.

Apurvi Chandela is the only woman shooter from India to figure in top ten. The Rio-bound shooter moved down two spots to become World No. 8 in Women’s 10m Air Rifle.

Mohd Asab who missed the cut for Rio Olympics moved down three spots to No. 9 in Men’s Double Trap but is still the only shotgun shooter from India in top 10.