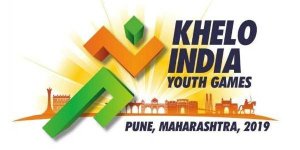 Devanshi Rana lived up to her famous shooting surname, as she won the gold medal in under-21 women’s 25m pistol at the Khelo India Youth Games 2019 in Pune.

Daughter of pistol ace Jaspal Rana, who had won the Asian Games gold in 1994 in Hiroshima and went on to win three more gold in 2006 in Doha, Devanshi held off a challenge by Haryana’s resurgent Anjali Choudhary to win the top spot by one point.

The 19-year-old Devanshi of Delhi led 23-20 before the last series of five shots. The last series turned out to be dramatic as Anjali, who looked in a terrific form, did not load all five bullets for the last series. After shooting three hits out of four, Anjali’s pistol had no ammunition to fire the fifth, for a possible gold. In contrast, Devanshi, who had finished 8th in the same event at the ISSF Junior World Cup in Suhl last year, registered only one hit out of five, which was good enough for the gold.

Abhidnya Patil of Maharashtra who had topped the qualification with 579, took the bronze after loosing a long-drawn shoot-off to Anjali.

Earlier in the qualification, both Devanshi and Anjali had registered 567 to qualify for the final.