Martin finished at the top with an impressive score of 632.5, Meghana Sajjanar was second with 630.5 while Etienne Germond of France was placed third with 629.4.

World number one Divyansh Singh Panwar had to be contend with a fourth-place finish with 627.8. 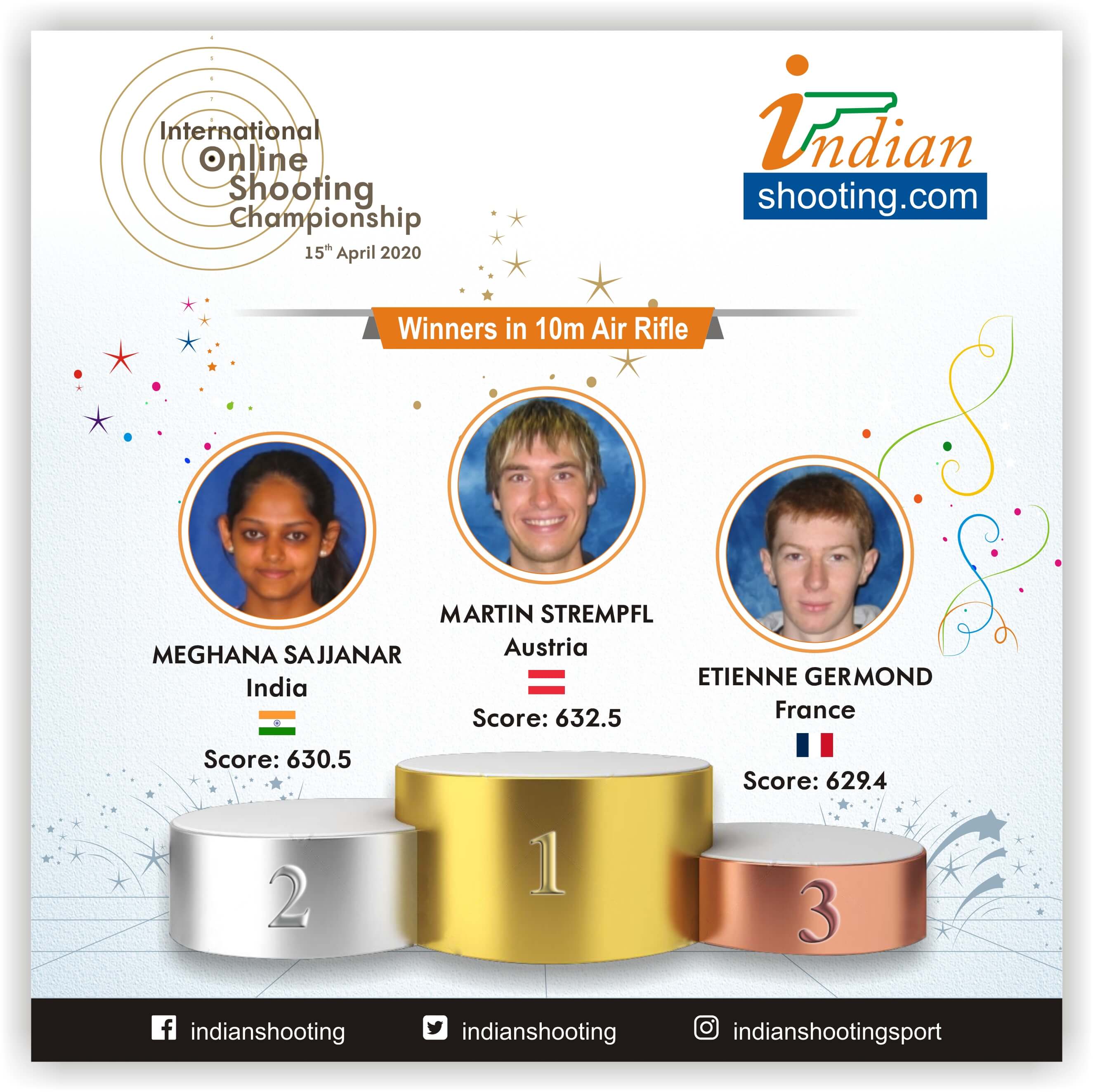 In the air pistol event, Amanpreet shot 576 to finish at the top with Ashish Dabbas at second place with 575.

Teen sensation Manu Bhaker, who has already secured a quota place for the Tokyo Olympics alongside Divyansh, was third with a score of 572.

Hungary’s Veronika Major, who had won two gold medals at the Delhi World Cup in 2019, finished fourth with 569. 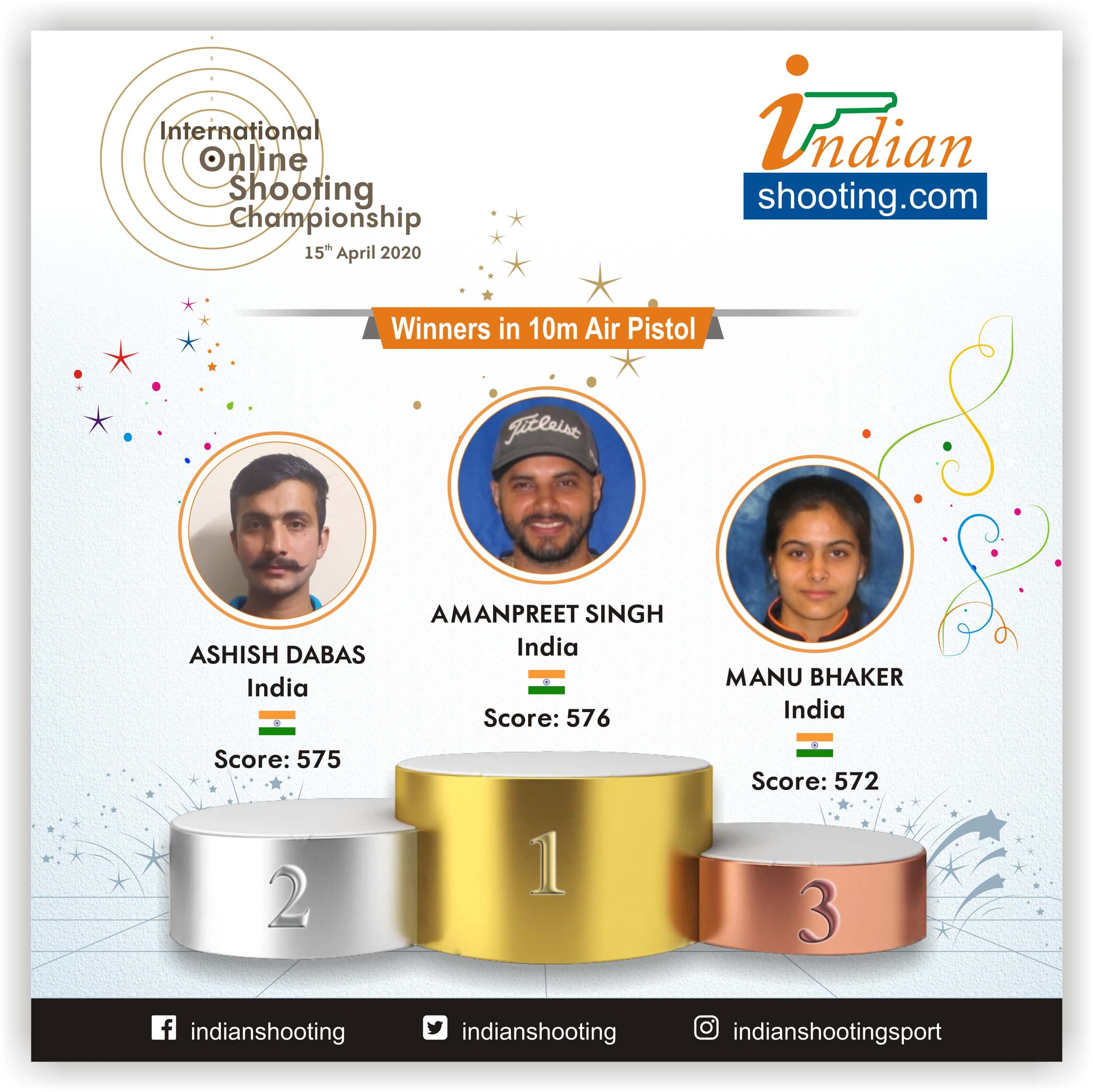 A total of 50 shooters from seven countries took part in the innovative event, an initiative of former India shooter Shimon Sharif to help the athletes “get a feel of competition” during the coronavirus-forced lockdown in many countries.

Sonal Ramendra and Deepak Dubey were the pistol and rifle jury respectively while technical support was provided by Shezad Sharif and Abhinav Saxena.

The competitors logged in through the Zoom app from their respective locations and shot using their Electronic Scoring Targets (EST).

The competition was also streamed live on the Facebook page of indianshooting.com.